Singapore 'clear, consistent' in position that Malaysia has lost right to review water price under 1962 agreement

An MFA spokesman said on March 13, 2019, that Singapore has been clear and consistent in its position that Malaysia has lost the right to review the price of water under the 1962 Water Agreement.

The Republic has also been clear and consistent in its position that Malaysia has lost the right to review the price of water under the 1962 Water Agreement, the spokesman said on Wednesday (March 13) in response to comments by Malaysian Foreign Minister Saifuddin Abdullah.

No review of the price of water has taken place, the spokesman added.

Mr Saifuddin, who spoke in the Malaysian Parliament on Tuesday, had disagreed with Singapore's position that Malaysia lost the right to review the water price after it chose not to do so in 1987.

Malaysia will seek international arbitration if Singapore refuses to negotiate the price of water, he added. 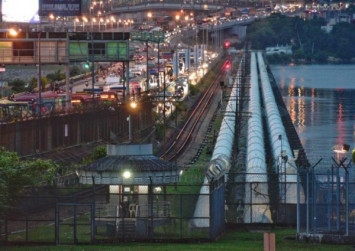 He also claimed both countries are in the "second phase of discussion, looking at the price modality, the period and other related matters".

On Wednesday, Singapore's MFA made it clear that "there was certainly no agreement between the Attorneys-General on any matter related to the 1962 Water Agreement during their meeting".

The MFA spokesman noted that Prime Minister Lee Hsien Loong and Tun Dr Mahathir had expressed their different views on the right to review the price of water under the 1962 agreement when they met on Nov 12 last year.

They expressed their willingness for officials to have further discussions to better understand each other's positions on the matter, the spokesman added.

The attorneys-general from both countries subsequently met once last December to discuss the issue.

"However, their discussions did not make progress as they were overshadowed by the issues that had arisen over the Johor Bahru Port Limits and the Seletar Instrument Landing System procedures," said the MFA spokesman, referring to ongoing disputes between Singapore and Malaysia over maritime boundaries and airspace.

The attorneys-general will meet again to continue their discussions, the spokesman said.

The MFA spokesman also noted what Mr Saifuddin said on international arbitration and comments by Dr Mahathir on March 3 that Singapore does not want to go to the "world court" over the price of water as it would lose.

Singapore has always been prepared to settle disputes via appropriate third-party dispute settlement procedures, on terms mutually agreed to by the parties, the spokesman said.

"In fact, as far back as 2003, then-Minister for Foreign Affairs S. Jayakumar said that Singapore was prepared to agree to refer this matter to international arbitration by the Permanent Court of Arbitration in the interest of resolving the dispute."