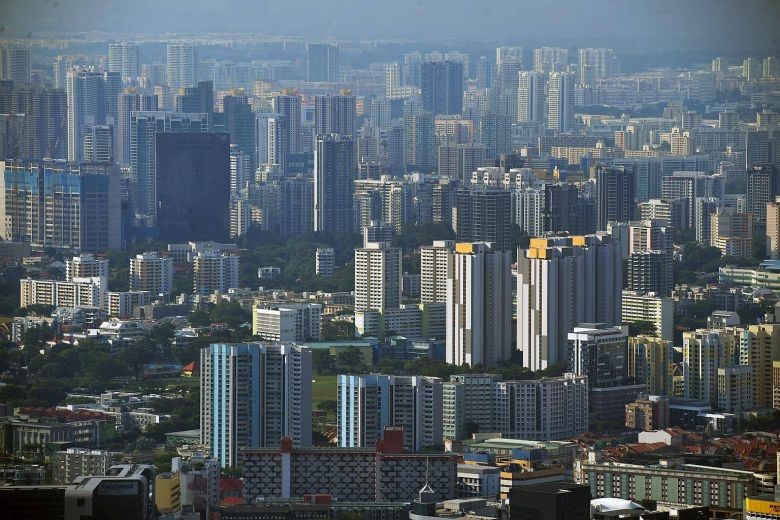 While Republic drops two places to No. 37 in EIU ranking, experts caution against giving credence to global surveys

When housewife Belinda Carlson moved to Singapore four years ago with her accountant husband and two children aged five and seven, she could not believe how well the city was planned.

"Back home in Perth, we had to drive just to get to the train station to take the train into the city," said the 37-year-old.

"In Singapore, however, we've not felt the need to buy a car. I can get so many buses right outside my house and the best part is, the entire route from my doorstep to the bus stop is sheltered, so I have no issues, rain or shine."

Her testament, typical of many expatriates here, is the reason behind Singapore's continued high ranking on annual global surveys that rank cities in terms of liveability.

The latest Economic Intelligence Unit's (EIU) Global Liveability Survey shows Singapore's overall rating has risen in a year, from 90.4 to 91.2 now, ranking it at No. 37 this year.

In the EIU survey, countries are assessed and assigned a score for more than 30 qualitative and quantitative factors across five broad categories: stability, healthcare, culture and environment, education, and infrastructure.

The ratings are compiled and weighted to give a score out of 100 and the country is then ranked.

Singapore did similarly well in another survey earlier this year.

It retained its position as the Asian city with the highest quality of living, according to human resource consulting firm Mercer's Quality of Living survey. Globally, it was ranked 25th.

Despite Singapore's consistently strong showings, there is room for improvement.

In the EIU survey released last week, Singapore's ranking dropped two notches, from 35 to 37, although its overall rating has improved.

Said Mr Simon Baptist, global chief economist at the EIU: "This year, Singapore saw improvement in the public healthcare category, boasting the highest possible score, but its ranking dropped because some other cities improved more overall through the year.

"An example was Hong Kong, which was upgraded in the stability category, which carries a higher weight than healthcare." As a result, Hong Kong shot up in a year from the 45th spot to 35th this year.

"Singapore is marked down compared with Vienna, the top city, because of its higher level of censorship and lower level of social freedoms - for example, restrictions on protesting and activities of non-governmental organisations," Mr Baptist said.

The National Development Ministry's Centre for Liveable Cities said Singapore will continue to strive to achieve the outcomes set out by the centre's liveability framework.

Its spokesman said: "What we continue to work towards is a competitive economy to attract investments and provide jobs, a sustainable environment to survive with our limited natural resources and a high quality of life, including the social and psychological well-being of the population."

Retiree Alfred Hong, 65, however, felt that Singapore has to contend with the risks of progressing too rapidly.

"In the past few years, we've seen some problematic situations, such as flooding in some areas and frequent breakdowns of the MRT trains, which can have an overall effect on how Singapore's liveability is perceived by citizens," he said.

"Though we need to keep improving, it should not happen at a pace that is unsustainable. This will cause problems... in the future."

Experts also cautioned against giving too much credence to such surveys, noting that when people evaluate a city's liveability, they do not just look at where it stands in global rankings.

Said Professor David Chan, director of Singapore Management University's Behavioural Sciences Institute: "Though inter-city comparison is not irrelevant, it is intra-city changes in liveability over time that matter more, or most.

He added: "So, while international comparisons of cities can be useful for benchmarking and learning purposes, we must not be fixated on these international rankings and over-rely on them to drive public policies and urban planning."