Singapore could go to the polls in early July

The next general election must take place by April 14, 2021

As Singapore's economy faces a rocky road ahead, political observers expect the general election to be called soon, with voters going to the polls in early July.

Doing so, they said, would allow the People's Action Party (PAP) to get a mandate for a fresh five-year term and turn its attention to other pressing issues, such as the looming recession brought about by the coronavirus pandemic.

"The longer we wait, the more uncertainty there will be," Dr Felix Tan, an associate lecturer at SIM Global Education, told The Straits Times.

Dr Mustafa Izzuddin, a senior international affairs analyst with political consultancy Solaris Strategies Singapore, said: "There will be economic uncertainty and social anxiety... Having the election out of the way will allow the Government to focus solely on governing the country."

Singapore's Parliament ends its five-year term next January, and the next general election must take place by April 14 next year.

But Deputy Prime Minister Heng Swee Keat said on Wednesday that the sooner the polls are held, the earlier Singapore can focus on the challenges posed by the pandemic.

"Elections are coming nearer by the day, and you have to be prepared for it," he told television station CNA.

Read Also
DPM Heng on S'pore GE: 'The sooner we get it done, the earlier we can rally everybody together' to fight Covid-19 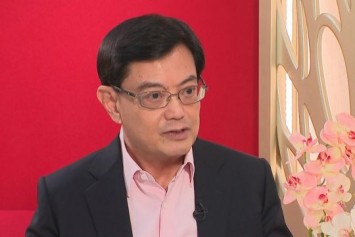 Trade and Industry Minister Chan Chun Sing also said this month that the country has "not much time" left to call for an election.

Parliament sits next Thursday to debate the $33 billion Fortitude Budget, Singapore's fourth this year, which provides for additional support measures targeted at helping businesses stay afloat, saving jobs as well as assisting families and those in need.

Dr Tan said one possibility is that Parliament might be dissolved not long after, and he estimated that Nomination Day would take place around two weeks later, followed by the traditional nine-day campaign and Cooling-Off Day.

This would put Polling Day in early July — on the weekend of July 4 or 11 — coinciding with Singapore's plan to further ease safe distancing measures and move into phase two of its post-circuit breaker plan.

But some observers note that if the Covid-19 situation deteriorates sharply over the next month, this timeline could be thrown into disarray.

"If a second outbreak happens, I don't think the election will happen," said former Nominated MP Zulkifli Baharudin. "But if the situation, as we now see, is improving... and there's no second wave, I'm sure an election could be called."

But with restrictions on large gatherings likely to be in place for the foreseeable future, a July election will likely see campaigning taking on a vastly different tone.

Political rallies and walkabouts may be cancelled or significantly limited in size, say observers, with candidates forced to take to various forms of media to get their message out. 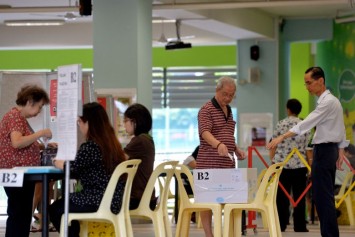 "It will be a mass media election," Dr Mustafa said. "I believe there will be stringent regulations on social distancing if rallies do happen, and a greater use of online platforms."

Mr Heng had noted that public health and public safety will be the foremost considerations.

A law allowing special, temporary arrangements if the election takes place amid the pandemic came into operation on Tuesday. It provides for some voters who are under stay-home notices to vote under special arrangements, and lets aspiring candidates authorise a representative to file nomination papers for them if they are unable or unfit to do so.

Observers also said it was important to have a level playing field for all parties and ensure new campaign rules are clearly set out beforehand - concerns that were recently raised by the Workers' Party and the Singapore Democratic Party.

"Since the campaign rules are still not clear, the opposition will not be able to catch up fast enough to effectively reach out to voters," said former PAP MP Inderjit Singh.

Mr Zulkifli added that Singaporeans will want to see a "clean and fair fight".

"If the rules are too restrictive, people are going to say that it is unfair, and that it is very hard for parties or candidates who are relatively new to get exposure," he said, stressing that all must be given the space and time to articulate their manifestos and present their plans.

Political observer Derek da Cunha also noted that since March, a segment of Singaporeans has experienced job losses, wage cuts and an erosion of personal wealth.

The phased lifting of circuit breaker measures from next Tuesday is unlikely to restore this situation to what it was in the first quarter of this year, he said.

"To what extent will any of these factors and considerations translate in a particular way at the ballot box remains to be seen," he added.