Singapore places in the top tier across several global rankings. This includes a high standard of living, a better education system, per capita income and so much more. And sure it may be the most fatigued nation in the world, but the island has a new feather to add to its hat.

A recent report concluded Singapore as the happiest country in Southeast Asia.

The 2021 World Happiness Report compiled by the Gallup World Poll team concluded that Singapore ranks on top with a score of 6.377 out of eight points when compared to other Southeast Asian countries.

Singapore is the happiest country in Southeast Asia

For 2021, the report focused on the effects of Covid-19 on happiness levels. It included how governments fared in handling the pandemic.

The report took multiple factors into consideration including the level of GDP and life expectancy, as well as social support, freedom of choice, generosity or social good. They also factored into account elements like the perception of government and business corruption.

Read Also
Singaporeans are the happiest and healthiest in Asia 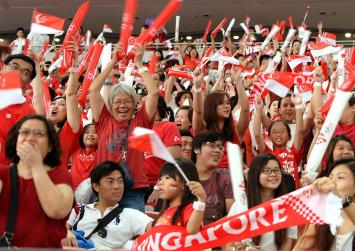 The report calculated rankings based on the average of surveys taken from the three previous years, In this case, the period between 2018 and 2020. However, since the data wasn't available from 2020, researchers then took the average from the 2018-2019 survey.

In fact, the 2020 data for most countries remained unavailable in the wake of the pandemic. These countries were represented by their "2018 and 2019 survey results."

Researchers behind the report say that there is a strong correlation of 0.99 between the 2017-2019 rankings and the 2018-2020 data. It remained consistently similar for the 95 countries with data for 2020, suggesting Covid-19 led only to modest changes in the overall rankings.

This helped reflect the global nature of the pandemic as well as the common resilience to face it.

On the global scale, Singapore ranked 32nd when compared to other western countries from of the 149 countries studied.

Myanmar ranked at 126 with 4.426 points. Interestingly, the happiest country in Asia was Taiwan with a score of 6.584 and a global ranking of 24.

Better at minimising death from Covid-19 than other countries

This included income, employment, and mental and physical wellbeing, all of which contributed to the overall rankings.

Singapore also led by example when it came to the fight against Covid-19. The country's high vaccination rate and regular lockdown and restrictions kept the infection numbers in check.

The study also concluded that trust in public institutions played a key factor in linking citizen wellbeing and happiness, with the implementation of successful Covid-19 strategies.

Why Finland is the happiest country in the world?

Finland outranked every other country once again on the World Happiness Report this year. So what makes the Nordic country so popular?

The report suggests that the high happiness level of the country can be attributed to its strong safety net. This includes the government's handling of the pandemic, which further bolstered the citizens' support and trust in the government.

Meanwhile, the report ranked Afghanistan as the least happy nation in the world with a score of 2.523. The country had a hostile takeover from the Taliban after the withdrawal of US Troops in August this year.