SINGAPORE - Singapore on Monday (Dec 10) said it is "encouraged" by Malaysia's statement earlier in the day that it would take all effective measures to de-escalate the situation on the ground, and handle the ongoing maritime dispute in a calm and peaceful manner.

Singapore also welcomes the Malaysian Government's agreement that officials meet in the second week of January to exchange views on resolving the Johor port limits issue, said the Republic's Ministry of Foreign Affairs (MFA) in a statement.

Still, the MFA said Singapore is "disappointed" Malaysia is unable to accede to its proposal to revert to the status quo before Oct 25. The Johor Baru port limits were unilaterally extended by Malaysia that day, with Malaysia claiming waters belonging to Singapore as its own.

The MFA statement added that Malaysia will be responsible for any "untoward situations" on the ground that arise from continued deployment of its vessels into this area.

The MFA statement revealed that on Dec 7, Singapore's Home Affairs and Law Minister K. Shanmugam and Attorney-General Lucien Wong met Malaysian Attorney General Tommy Thomas to discuss the issues, along with other matters.

The Singapore officials proposed to Mr Thomas that Malaysia return to the status quo prior to Oct 25, "without prejudice to Malaysia's and Singapore's respective positions on the maritime boundary between the two countries in the area which Malaysia now claims".

Maritime boundary claims can be made under international law, in accordance with established procedures, without needing to have ships facing off against one another, the MFA statement noted.

On Malaysia's statement, MFA noted: "Malaysia has acknowledged that Singapore's proposal would have been without prejudice to both sides' respective positions on the maritime boundary. Singapore is hence disappointed that Malaysia is unable to accede to Singapore's proposal to go back to the status quo ante prior to 25 October 2018.

"Nevertheless, Singapore is encouraged that Malaysia has undertaken to take all effective measures to de-escalate the situation on the ground, and handle the situation in a calm and peaceful manner."

On reiterating its call for Malaysia to revert to the status quo ante prior to Oct 25, Singapore said this will avoid misunderstandings and potential issues on the ground.

"Malaysia's deployments in this area will not strengthen its legal claim and can only heighten tensions. Malaysia will be responsible for any untoward situations on the ground that arise from continued deployment of its vessels into this area." 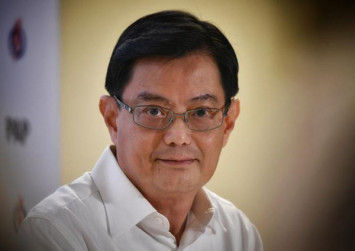 It also said the Singapore Government hopes to work with the Malaysian Government to find an "amicable resolution of issues between the two countries in accordance with international law, and in the spirit of preserving our important bilateral relationship".

The MFA's statement is the latest on an ongoing territorial dispute between Singapore and Malaysia that was brought to light last Tuesday (Dec 4), after Singapore's Ministry of Transport made public the maritime incursions and its protest over the extended Johor Baru port boundaries.

Between Nov 24 and Dec 5, there were 14 incursions by Malaysian government vessels into waters which Singapore has regarded as its own.

Meanwhile, Malaysian Prime Minister Mahathir Mohamad said on Monday (Dec 10) that Malaysia will keep its vessels in the disputed waters until a decision has been reached.