Singapore has a total of 25 billionaires.

SINGAPORE - Singapore added three more billionaires to its tally as Asia stayed on as the region with the most uber-rich in the world, according to a report out on Wednesday (Oct 7) by UBS and PricewaterhouseCoopers (PwC).

The Asia Pacific region hit a record of 831 billionaires, about 38 per cent of the total number globally. They account for US$3.3 trillion (S$4.49 trillion) of total wealth, possessing on average US$4 billion each.

The UBS/PwC Billionaires insights report studied more than 2,000 billionaires from 43 markets worldwide. Its annual study period of March 6, 2019, to April 7, 2020, was extended to July 31 this year to take into account the transformative effect of the Covid-19 pandemic.

Singapore has a total of 25 billionaires - four emerged since the last survey, but one dropped off the ranks from April to July this year.

Total billionaire wealth here grew by 11 per cent, reaching US$79.1 billion in April. But from April to July, it bounced 30 per cent to US$ 102.6 billion.

This trend is in line with a V-shaped rebound in global stock markets from April to July that propelled billionaire wealth to a new high of U$10.2 trillion.

Mr Anuj Kagalwala, partner, asset and wealth management tax leader with PwC Singapore noted that this was because many of the billionaires would have their wealth tied to businesses that are listed on the stock markets.

He also observed that the pandemic has exacerbated the divide between the innovators and disruptors in the technology, healthcare and industrial sectors; and the others.

In the Asia Pacific, billionaires who can be identified as innovators and disruptors grew their wealth by 23 per cent to US$ 1.4 trillion, while traditional billionaires' wealth increased by a smaller 13 per cent during the same period.

The region also has 181 billionaires in healthcare and technology, which is the highest share of the total billionaire population in these sectors.

Read Also
Top 5 Singaporean billionaires in 2020: Here's how they gained their wealth 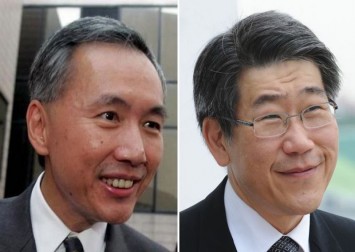 A huge 81 per cent of billionaires in Asia Pacific are self-made, he noted, which shows that there is a level of opportunity and growth here.

This figure is 98 per cent in mainland China, where there was a new record of 415 billionaires despite the pandemic, holding combined wealth of US$1.7 trillion.

This is a whopping 71 per cent increase compared with 2018.

By early April this year, their wealth had grown almost nine-fold over the decade, compared to that of the United States which doubled.

Besides just growing wealth, the billionaires in the region are also increasingly focused on making an impact in society, the report noted.

From March to June this year, three out of the top five markets for pandemic-related contributions are from Asia, he noted.

Globally, most of the billionaires who give back to society are financial donors who give funds to support foundations. Others can be impact entrepreneurs, such as those who invest in production facilities for vaccines, or makers, who might convert their manufacturing processes to make hand sanitisers or protection equipment for healthcare workers, for instance.

Mr Mahesh said this trend in sustainable investment and philanthropy is set to increase, with the transfer of wealth to the younger generation.

He noted that there is also a rising interest among women in such investments.

Female billionaires in the region more than doubled from 26 in 2013 to 68, the highest growth among all regions. Over 60 per cent of them are entrepreneurs.

Mr Kagalwala said: "The data is heartening. Especially on the front of philanthropy, we are seeing more and more families seeking to set up charitable foundations to support causes, alongside their family offices."