SINGAPORE - Singapore will increase the number of MPs in Parliament by four, and do away with six-member GRCs in the latest changes to electoral boundaries announced on Friday (March 13), raising expectations that the next general election could be called soon.

The changes to constituency boundaries are incremental in nature, with the largest changes in the fast-growing north-eastern part of the island.

The report comes on the same day that Singapore announced more social-distancing measures in its fight against the global coronavirus pandemic, including limiting the size of gatherings to 250 people to reduce the risk of transmission.

In its report submitted to Prime Minister Lee Hsien Loong on Wednesday (March 11), the Electoral Boundaries Review Committee (EBRC) recommended an increase in the number of elected Members of Parliament from 89 to 93. The Government has accepted the recommendations.

A new four-member Sengkang GRC will be created through a merger of the former Sengkang West and Punggol East SMCs, as well as parts of Pasir-Ris Punggol GRC.

In all, three SMCs have been taken off the map - Punggol East, Sengkang West and Fengshan. The latter will be subsumed into East Coast GRC.

In their place are four new single seats.

Punggol West, whose current MP is Senior Parliamentary Secretary Sun Xueling, will be carved out of the sprawling Pasir Ris-Punggol GRC. Marymount has been carved out of Bishan-Toa Payoh GRC, which has become a 4-member GRC.

In all, there will be 11 five-member GRCs - three more than in 2015. The number of four-member GRCs remains the same at six.

Read Also
Changes made to polling districts in 7 GRCs 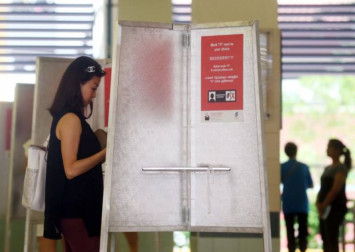 East Coast GRC, which is expected to see a strong challenge mounted by the Workers' Party, has absorbed Fengshan.

In keeping with recent practice, the boundaries of opposition-held seats - Aljunied GRC and Hougang -have remained intact.

The report said: "The Committee reviewed the boundaries of the current electoral divisions, taking into account the current configurations, changes in the number of electors due to population shifts and housing developments."

The committee's recommendations continue reforms to the system that PM Lee had initiated ahead of the 2011 General Election to further reduce the average size of GRCs and create more SMCs. 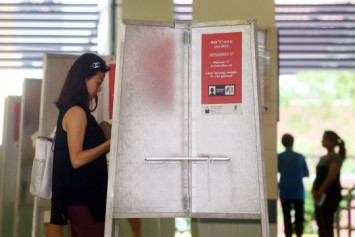 The committee, which comprises five senior civil servants and is chaired by Cabinet Secretary Tan Kee Yong, was formed on Aug 1 last year.

The next question is when Parliament will be dissolved, and the writ of election issued.

In the days ahead, People's Action Party (PAP) activists and opposition party members are set to meet their teams to step up preparations for the election.

One major question is how the hustings will be impacted as the Covid-19 outbreak continues to run rampant overseas.

In his second national address on the situation on Thursday, PM Lee said the outbreak will continue for some time - a year, and maybe longer.

He also emphasised that the situation in Singapore remains under control, and the disease outbreak response level - currently at orange - will not be raised to red, the highest level.

Deputy Prime Minister Heng Swee Keat had earlier noted in a forum on Wednesday that the coronavirus situation and its impact on the economy are likely to worsen, and ensuring Singapore can focus on overcoming the challenges is a major factor in deciding when to hold the general election.