In June, Facebook said it took similar action against several accounts in Singapore for what it called "inauthentic behaviour".

SINGAPORE - Facebook has taken down a pro-PAP page for violating its policies, about a week after removing a similar page.

A Facebook spokesman confirmed it has unpublished another "Fabrications About the PAP" page, and said this was part of its efforts to deal with problematic accounts.

"We've taken action on accounts in Singapore for violating our policies. This is based on the violating behaviour of these accounts and not based on the content posted from these Pages," said the spokesman on Monday night (July 6) in response to queries from The Straits Times.

In late June, an earlier version of the "Fabrications About the PAP" (FAP), which had amassed more than 250,000 likes, was unpublished by Facebook.

The page, started by Mr Jason Chua Chin Seng in 2011, is known for publishing posts which slam opposition parties and laud the policies of the People's Action Party (PAP). Mr Chua has said that he set up the page in response to "anti-government" websites.

In 2017, the page received a warning from the police for breaching election advertising rules on Cooling-Off Day during the Bukit Batok by-election.

While it is not known if the second version of the page was set up by Mr Chua, the page had indicated that it was meant to replace the earlier unpublished version.

Just earlier this month, Facebook said it took similar action against several accounts in Singapore for what it called "inauthentic behaviour".

It also laid out several steps it is taking to protect the integrity of the upcoming general election, including doing sweeps of its users to ensure it removes accounts that impersonate candidates and elected officials.

Facebook has come under scrutiny globally after claims that it was used by the Russians to interfere in the 2016 United States presidential election.

In its response to ST, Facebook did not specify which were the accounts it had recently taken action against.

Read Also
GE2020: Fabrications About the PAP page taken down by Facebook 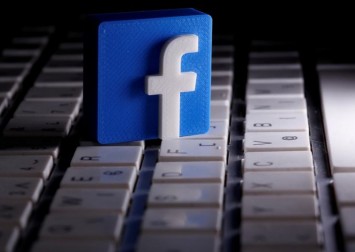 ST understands that it took action by removing the accounts or asking for more information from account owners to validate their authenticity.

Facebook removes accounts that clearly violate its policies, including people who misrepresent themselves or use fake accounts.

Should Facebook have reason to suspect that an account is fake or misleading others, its administrators will suspend the page until page owners can prove that it is not in violation of any rules.

If the page owner fails to be verified by Facebook, or if the social media giant determines that there is a violation of its policies, the account will be removed.

Facebook takes stronger action against page owners who repeatedly violate its policies, such as denying them the use of its service.