Hwa Chong Institution sent out the message a day before the official start of the election campaign.

SINGAPORE - Hwa Chong Institution's message to junior college students to refrain from social media posts on the election has sparked debate. The school administration defended the move on Friday (July 3), saying social media was not a good platform to discuss national issues during campaign season.

On June 29, a day before the official start of the election campaign, the school's senior consultant for discipline sent out a message entitled "Advice with regards to Student Online Behaviour for the Singapore General Election 2020".

It was sent on the school's Integrated e-Message Board to junior college students, typically aged 17 to 18. It advised these students to avoid posting anything related to the upcoming general election on social media platforms associated with the school, as well as the students' own social media accounts.

Since then, a screenshot of the message has circulated online and stirred debate over whether students should be free to engage in political discussions online.

On Friday, Hwa Chong Institution (HCI) told The Straits Times: "Our intention is not to silence students' voices, nor to curb their interest in national issues. Instead, we encourage our students to engage actively in discussions and even debates on national issues, in a safe environment."

But the platform used and the timing of such discourse are important considerations, its spokesman added.

"It is the school's position that social media is not a suitable platform for students to be discussing their views on national issues, especially during an election period," said the spokesman.

"Students' posts could be screen-captured, taken out of context and circulated further, even if the original posts were published in their private accounts. Such digital footprints could remain even if the posts were removed.

"Therefore, the advice we have given our students serves to remind them of the importance of exercising care and sensitivity on all social media platforms, even on their own private accounts, given the public nature of social media."

The school recognises its responsibility to "educate students on national issues so that they grow to become informed citizens". Its Student National Education Council conducts regular student-led dialogues and other activities and seeks to enhance civic-mindedness and understanding of national issues, it said.

Said the spokesman: "We certainly do not want our students to be apathetic regarding national issues. But because of their youth, we also do not want them to be inadvertently embroiled in agendas beyond their control."

HCI did not respond to a question on whether students would face disciplinary action for going against the advisory.

Read Also
GE2020: Ivan Lim and other GE candidates should toughen up and learn to fight back, says former NMP Calvin Cheng 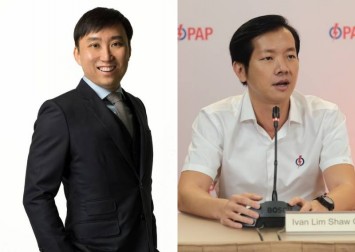 Former students who spoke to The Straits Times(ST) had mixed feelings about the advisory.

Mr Ervin Tan, 30, a lawyer who graduated from HCI in 2007, told ST he believes the school was well-intentioned.

But he added: "Pragmatically, it may be better to embrace two eminently teachable moments: First, students can learn to engage with complex and nuanced matters on social media, as politicians sometimes do.

"Second, that any online controversy, even if caused by actors beyond the student's control, is a crucible which builds character, if not canniness."

Mr Michael Wee, 28, a bioethics researcher based in Oxford, said while the school could advise students on the "rules of engagement" on social media, which is "part of all our lives", his own view is that "at junior college, students should be treated as young adults and encouraged to act as role models on social media, rather than shun it altogether where politics are concerned".

"Of course, no approach is risk-free but students cannot always be sheltered from risk. Learning to be discerning social media users and civic-minded participants in political discussion is key to maturation," he added. 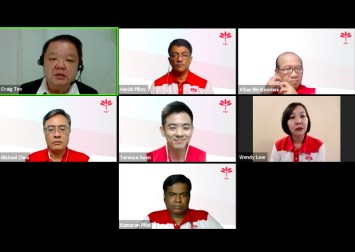 The student-run Community for Advocacy and Political Education (Cape) at Yale-NUS College, which aims to promote political literacy among citizens, has also voiced its concern.

The group told ST: "We urge HCI to recognise the ubiquity and inevitability of social media in political and civic discourse.

"Asking youths to pull out entirely from online discussions on matters of concern to them is not a viable nor sustainable solution, but one which only robs students of the ability to develop the care and sensitivity the school wishes them to have."

"We also hope that this is the approach taken by all educational institutions, not just HCI - that they trust in the ability of their students to have reasoned discussions on matters of public concern," it added.

"Responsible and sensitive use of media sensitivity is cultivated through engagement, not wilful avoidance."