Singapore GE2020: PAP will not have 'blank cheque' because of NCMP scheme, say Chan Chun Sing and Indranee

SINGAPORE - The People's Action Party will never have a blank cheque to do as it wishes as it is accountable to Singaporeans, two ministers said on Thursday morning (July 2).

The Non-Constituency MP (NCMP) scheme also guarantees that Parliament will have a diversity of views and opposing voices, regardless of whether opposition members are elected, they added.

Minister for Trade and Industry Chan Chun Sing and Minister in the Prime Minister's Office Indranee Rajah were responding to Workers' Party candidate Jamus Lim, who urged Singaporeans to vote for the WP and deny the PAP "a blank cheque" during a televised debate on Wednesday night.

Speaking to The Straits Times, Mr Chan said this is not a "correct characterisation" of what the coming general election is about, adding that the PAP is accountable to the electorate and responsible for the people's welfare.

"In governance, the PAP is accountable to the people always, whether it is election (time) or not," he said. 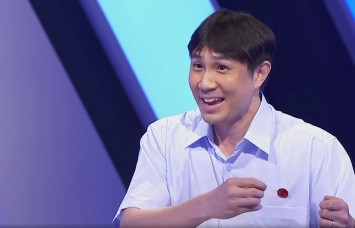 "I don't think there is anything such as a blank cheque as if the PAP can do anything without accountability. I don't think that's a correct characterisation. Everything that we do, at every step of the way, we have to be responsible to Singaporeans, their welfare, their well-being and we have to be responsible for the long-term survival of the country."

Mr Chan was speaking on the sidelines of a walkabout at Pek Kio Market, where he was joined by his Tanjong Pagar GRC teammates, Ms Indranee and PAP new faces Alvin Tan and Eric Chua.

During the debate on Wednesday, Associate Professor Lim, who is in the WP's Sengkang GRC team, said: "The PAP has argued that the election is really about giving them a mandate to bring the country out of this crisis and they need this mandate in order to do so."

Rebutting Prof Lim, Ms Indranee pointed to the NCMP scheme: "The PAP will never have a blank cheque, because no matter what happens, the Constitution guarantees at least 12 opposition seats at the minimum."

She added that NCMPs have equal voting rights as elected MPs. This means they can vote on matters such as constitutional amendments, supply and money bills, and votes of confidence.

The NCMP scheme was introduced in 1984 to ensure a minimum number of opposition members in Parliament. NCMP seats are offered to losing opposition candidates who garner the highest percentage of votes during the GE.

In 2016, the Constitution was amended to give NCMPs expanded rights and to increase the number of such MPs from nine to 12.

Mr Chan said the NCMP scheme was a "design feature" of Singapore's parliamentary system, adding that "it's quite rare for people to design it into the system".

"So you think about it, there are not many systems in the world that have institutionalised this such that there will always be diversity of views in Parliament," he said.

"We designed it as such because we want to make sure that any discussion about the future of the country and the policies that we are going to implement is done robustly - it is in our interest to do so as both the PAP and Government."

During the walkabout, the PAP team handed out fliers and chatted with residents in the Moulmein-Cairnhill ward contested by the party's new face, Mr Tan, 40, LinkedIn's Asia-Pacific head of public policy and economics.

"I'm quite thankful for all the support the PAP has given us. It has helped us get through this period," she said.

Mr Tan said residents in the area have been welcoming.

"We are not new here, they all know us, and we had very warm interactions," he said