In Asia, airlines operated just 14 per cent of their 2019 international capacity in July.

Regulators in Asian hubs like Singapore and Hong Kong have threatened to retaliate against European Union plans to force airlines to start using take-off and landing slots frozen during the coronavirus pandemic, a move that could oblige Europe’s carriers to fly empty seats for thousands of miles at a loss.

Authorities controlling slots at major Asian airports are ready to slap similar “use it or lose it” conditions on European carriers flying to the region’s cities – raising the prospect of an industry trade war over the uneven impact of Covid-19.

After rare unity during the pandemic, when carriers were being bailed out or trying to stay afloat, industry leaders say the dispute has rekindled fundamental differences across a fragmented sector as the world stages a multi-speed recovery.

“Is it a trade war? Certainly the germ of one,” said former Australian aviation negotiator Peter Harbison, chairman emeritus of the Sydney-based CAPA Centre for Aviation consultancy.

“And it will be accentuated as more airlines collapse and international markets remain closed, or at best, uncertain.”

Tensions have grown since July when the EU announced plans to force airlines to use 50 per cent of their rights or lose them to rivals from next month. That move partially reinstated competition rules that had been waived as airlines struggled to survive the pandemic.

But while the bloc’s decision reflects a traffic recovery that is well underway in Europe’s mainly short-haul market, Asian carriers are protesting they will be unfairly penalised because their long-haul networks will take much longer to recover.

Some Asian regulators have already put European airlines on notice that they will need to fly at least 50 per cent of the time, industry sources said, risking political fights over the future of transport links that are important for global trade. 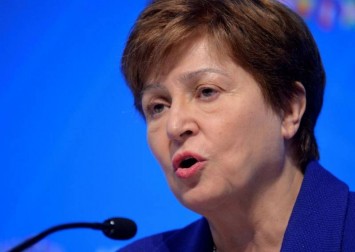 In Asia, long quarantines remain the norm for travellers and airlines operated just 14 per cent of their 2019 international capacity in July, well below the 46 per cent of 2019 levels seen in Europe and 48 per cent in North America, International Air Transport Association (IATA) data shows.

Taiwan’s China Airlines and Korean Air Lines expressed concern about the EU rules in statements to Reuters, while Singapore Airlines declined to comment.

In Europe, Lufthansa – the EU carrier with the most flights to Asia – said the tough EU rules could ultimately harm the climate as well as airlines if they are forced to fly empty planes to keep slots. Air France and KLM said their decisions to fly were not based on airport slots.

The EU broke with a global industry recommendation and tightened rules for the winter schedule season, which runs from October to March, after heavy lobbying by low-cost carriers like Ryanair, with big short-haul networks, and European airports, many of which are privatised and trying to produce returns.

“We are now in a situation where the market is stable with much lower levels than what we were in 2019, but it’s stable.”

The European Commission said in July the 50 per cent use rate – down from 80 per cent in normal times – was chosen to ensure good use of airport capacity and to benefit consumers.

It also granted exceptions so that airlines do not need to reach 50 per cent while strict measures like quarantine that make it hard to travel remain in place.

The Commission did not respond immediately to a request for comment.

Once travel restrictions are lifted, Asian carriers will have to boost flying to the EU within six weeks or risk losing slots even if demand is slow to return. 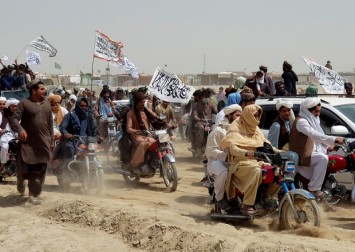 “When the demand is not there it is unreasonable to expect people to operate,” IATA Head of Worldwide Airport Slots Lara Maughan said. “It is a really short window they have once restrictions are removed to sort of recalibrate that whole operation back.”

René Maysokolua, managing director of German airport slot manager FLUKO, said his organisation had been informed that some Asian countries were telling European airlines they would need to fly 50 per cent of the time or risk losing their slots in retaliation for the EU rules.

Singapore, Hong Kong and South Korea are among those taking a harder line against European carriers, said an industry source who was not authorised to comment publicly on the matter.

Authorities in Singapore and Hong Kong confirmed reciprocity provisions are in place but declined to comment on specific cases.

Korea Airport Schedules Office did not respond to a request for comment, but Korean Air, a member of the country’s slot working group, confirmed the provisions.

Meanwhile, even as the potential for conflict brews between Asia and Europe, the US on Thursday announced more lenient winter season rules for international carriers than the EU.