Singapore to roll out first 5G networks next year

The Infocomm Media Development Authority has called for interested telcos to submit detailed proposals on their 5G deployment plans.

SINGAPORE - By next year, at least two 5G networks will be rolled out in Singapore to enable the first next-frontier commercial applications such as driverless cars and virtual reality content-streaming services.

The timeline will place Singapore among the front runners in 5G applications roll-out using the most advanced technologies that do not piggyback on existing 4G technologies.

Towards this end, the Infocomm Media Development Authority (IMDA) has called for interested telcos to submit detailed proposals on their deployment plans, with the intention to assign 5G airwaves to two winning submissions.

This will be done through a regulatory process known as Call For Proposal (CFP). An airwave auction will not be conducted.

Proposals will be assessed on telcos' ability to meet baseline regulatory requirements. These include achieving 50 per cent 5G network coverage islandwide by 2023, and willingness to sell network services wholesale to other mobile operators not issued with the airwaves.

The proposer's financial capability to roll out the proposed 5G networks is also a key criterion, said IMDA on Tuesday (May 7) in announcing a public consultation to seek feedback on the CFP.

The public consultation, which will last until June 19, also seeks the public's view on the airwave assignment approach and the annual fees to be paid for using the 5G airwaves.

Mr Tan Kiat How, IMDA's chief executive, said the public consultation is an important step towards developing a vibrant 5G ecosystem in Singapore.

"Insights (from the consultation) will guide our regulatory approach and industry development efforts in ensuring Singapore's connectivity infrastructure remains globally competitive in support of our digital economy ambitions," he said.

Asked if Huawei Technologies will be blocked from Singapore's 5G network, IMDA said: "Singapore encourages vendor diversity in our telecommunication systems to mitigate risks from dependency on any one vendor."

It added: "Operators should ensure that the performance and reliability of equipment purchased from vendors meet their commercial operational needs and regulatory requirements, including those pertaining to quality of service, resilience and security."

Minister for Communications and Information S. Iswaran told Parliament on Tuesday that 5G technology and networks will be a critical part of Singapore's digital economy.

Singapore hopes to be among the first to develop industrial applications such as driverless buses, autonomous excavators and delivery drones.

"To further differentiate Singapore's 5G strategy, we also aim to advance innovation in secure 5G applications and services... that we can potentially export to the rest of the world," he said.

The United States has been on a mission to prevent its allies from using 5G mobile systems supplied by Huawei for fear that China could use its equipment for espionage.

The race for 5G supremacy is linked to economic progress, as 5G networks promise 20 times faster surfing speeds than what 4G networks offer and the ability to connect 1,000 times more devices.

The increased capacity and speeds offered by 5G networks will also be able to support industrial applications, such as driverless cars and smart appliances, that require a constant connection without lag.

Three mobile network operators, Singtel, StarHub and M1, have been testing 5G applications over the past few months.

In January this year, Singtel and Ericsson set up 5G Garage, Singapore's first live 5G facility, located at Singapore Polytechnic. At the facility, users can test the 5G innovations they are developing. 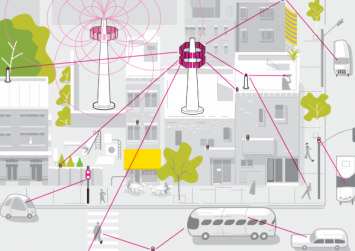 The tests demonstrated, among other things, how sports fans can turn to virtual reality headsets to view live events virtually lag-free over 5G.

IMDA plans to allocate the 3.5GHz, 26GHz and 28GHz airwave bands for 5G in the initial tranche of spectrum allocation to telcos with the winning proposals. This will be sufficient for at least two nationwide 5G networks, said the authority.

At the same time, IMDA will continue to waive the airwave fees for telcos that are keen to continue with 5G trials after this year.

The first 5G-capable phones from handset-makers such as Samsung and Oppo are expected to go on sale sometime this year.