SINGAPORE - Singapore has rejected Malaysia's call for both countries to stop sending assets into an area of the Republic's waters off Tuas which Kuala Lumpur recently laid claim to.

Malaysian government vessels that have encroached into Singapore's territorial waters must leave the area immediately, the Republic added.

"Singapore remains ready to discuss this issue with Malaysia in a constructive manner in the spirit of preserving our important bilateral relationship," a Ministry of Foreign Affairs (MFA) spokesman said on Friday night (Dec 7).

"However, Singapore does not agree with Malaysia's proposal for both countries to cease and desist from sending assets into the disputed area," the spokesman added.

His reply came shortly after Malaysian Foreign Minister Saifuddin Abdullah proposed through Singapore's High Commissioner in Kuala Lumpur that "both countries cease and desist from sending assets into the disputed area from 0000 hours on Dec 8, 2018, pending discussions on outstanding maritime boundary issues". Singapore said it would respond to the diplomatic note in due course. 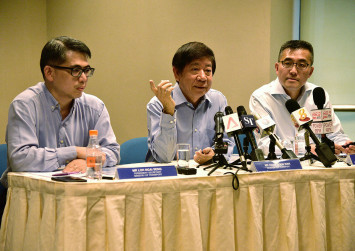 The Republic strongly protested against the action, but Malaysia continued to publish notices on the new limits, and its government vessels began making intrusions into the area, claiming the area as their own.

The matter came into the open on Tuesday, and Singapore Transport Minister Khaw Boon Wan and Foreign Minister Vivian Balakrishnan subsequently told Malaysia to stop its intrusions and leave the area.

On Thursday, Singapore also extended its port limits off Tuas to track the eastern boundary of the Johor Baru port limits Malaysia had gazetted in 1999.

On Friday, three Malaysian government vessels continued to remain in the area despite repeated warnings by Singapore agencies.

Such vessels have made at least 14 intrusions in the area since Nov 24. 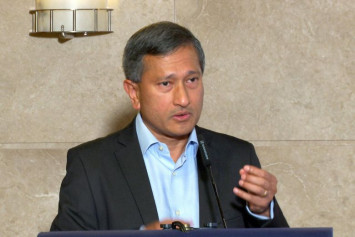 He said Singapore navy and Police Coast Guard craft have been patrolling these waters for 20 years or more. "Out of nowhere, Malaysian government vessels now claim these waters as theirs and have been continually intruding since November. These are serious violations of Singapore's sovereignty."

The MFA spokesman called on the Malaysian vessels to "forthwith cease these provocative violations of Singapore sovereignty and return to the status quo ante before Oct 25, 2018, without prejudice to our respective positions on maritime boundary claims in the area".

"Attempts to create facts on the ground add nothing to Malaysia's legal case and are unhelpful for an amicable resolution of our maritime boundary issues," MFA added.

Environment and Water Resources Minister Masagos Zulkifli said Malaysia's unilateral move went against the positive ties that the leaders and people of both countries wanted.

He added: "What is clear is that we will deal with this issue firmly and calmly. The people are united."