Singaporean businessman, who funded ISIS fighter, and his friend detained under ISA

Singaporean businessman Mohamed Kazali Salleh (centre) was arrested by the Malaysian police in Johor Baru for his involvement in terrorism-related activities.

SINGAPORE - Two radicalised Singaporeans, one of whom was based in Johor and had been supporting the top Malaysian ISIS fighter in Syria, have been detained under the Internal Security Act (ISA).

The Royal Malaysian Police (RMP) also announced on Friday that they had arrested Kazali and five other individuals in operations in Johor, Selangor and Sabah in the past two months for involvement in militant groups.

News of these latest arrests came as the Islamic State in Iraq and Syria's (ISIS) caliphate has been dismantled, with several hundred mostly foreign fighters making their last stand to defend an area under 1 sq km near Syria's border with Iraq.

However, security authorities remain concerned that the extremist ideology that fuelled the group remains active, and will continue to spread as foreign fighters seek to return home as well as export their battles to South-east Asia and elsewhere, including through social media.

Akel, who was a member of 1990s Malaysian rock band Ukays, reportedly instructed two Malaysian ISIS supporters to attack places of worship and police stations in Malaysia early this year. The plots were foiled when the supporters were arrested last November. In December, Kazali received instructions from Akel to carry out an attack against a Freemasons centre in Johor Baru, but did not follow through as he was afraid to be caught by the authorities, the ministry added.

The RMP said Kazali was arrested in Johor Baru on Dec 19, as a result of co-operation with Singapore's Internal Security Department (ISD).

He was deported and handed over to ISD on Jan 7 after being interrogated by Malaysia's Special Branch.

Kazali had relocated to Malaysia with his family when he was a young child, and had been working in Johor Baru over the past decade.

Giving an account of Kazali's involvement with terror, MHA said he first met Akel in 2009 and became strongly influenced by Akel's radical views and conspiracy theories. 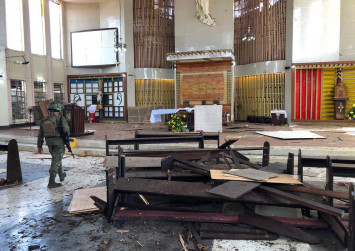 He was convinced by Akel's belief that Muslims are duty-bound to travel to Syria to fight against those who oppress Muslims.

So when Akel decided to go to Syria to fight in late 2013, Kazali gave him financial assistance for the trip.

"His material assistance to Akel continued when Akel was in Syria, and in turn, Akel had kept him updated on his exploits on the battlefield," MHA said.

"Kazali believed that the help he gave to Akel would guarantee him a place in paradise should Akel achieve martyrdom in Syria."

As Kazali became increasingly radicalised, he saw ISIS fighters as "righteous" individuals defending Muslims in Syria and around the world.

At Akel's urging, he took a bai'ah or pledge of allegiance to ISIS leader Abu Bakr Al-Baghdadi, which was conveyed to Akel via social media, MHA said.

He also agreed to join Akel in Syria when invited, but he did not act as he was not ready to leave his life in Malaysia behind, the ministry added. 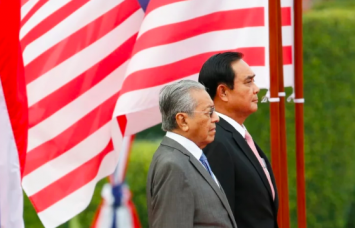 Instead, he took to sharing news of Akel's terrorism-related activities on social media to inspire others to travel to Syria, and was prepared to facilitate such travel.

As for Hazim, MHA said that he met Kazali in May 2018 in Singapore.

They had business dealings, quickly developed a personal friendship, and Hazim was influenced by Kazali's radical outlook.

"Hazim looked up to Kazali and was convinced by Kazali that he should undertake armed violence against the perceived enemies of his religion, specifically non-Muslims. Hazim believed that all Muslims are duty-bound to travel to conflict zones such as Palestine, Syria and Myanmar to fight non-Muslims there," the ministry said.

"He took a bai'ah (pledge) to remain loyal and obedient to Kazali, even if it involved carrying out attacks and killing others," it added.

MHA, in its statement, noted that ISD and Malaysia's Special Branch co-operated closely on investigations into Kazali's terrorism-related activities and his links with Akel.

"These cases highlight the dangers of radicalisation of Singaporeans overseas, and the potential impact within Singapore. The threat of extremism is one which does not respect national borders," it said.