A Singaporean couple got a bit of a scare at Woodlands Checkpoint on April 20.

30-year-old civil servant Chen and her husband were on their way back from a shopping trip in Johor Baru when they were stopped by an officer for a random screening.

The couple, who entered Malaysia at around 10am, returned to Singapore via Woodlands Checkpoint at 8pm on the same day.

They cleared security checks, Chen told Lianhe Wanbao, and were about to leave the checkpoint when they were stopped and brought aside.

The officer then asked for their passports and instructed them to wait in a small room. According to Chen, there were about six other people in the room.

"Another security officer then requested to check our purchases."

"We were told that as we spent less than 48 hours outside Singapore, we would have to do tax declarations if the value of our purchases exceeded $100," said Chen. 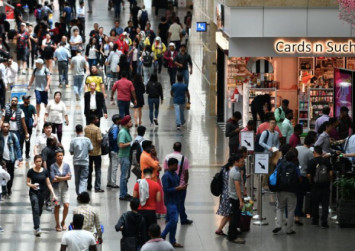 Fortunately, he had kept the receipt which showed that the price of the shoes totaled to about 400 ringgit (S$130). And since there were the two of them, the couple did not exceed the $100 tax relief threshold.

Even though it took only 15 minutes, the incident left the couple feeling shaken.

They did not know that the tax relief threshold had been reduced in February, and said that as they were leaving, they saw a few others who appeared to be confused as they were called into the small room.

Chen hopes that by sharing her experience, Singaporeans will know of the changes in the tax relief threshold, and to keep their receipts so they can declare their overseas purchases when needed.

ALSO READ: Is it true that I have to pay GST on items purchased overseas?