Joel Arun Sursas, 29, was fined $7,000 on Tuesday (May 7) after he pleaded guilty to one count of forgery last month. Three other charges for similar offences were considered during sentencing.

Earlier media reports stated that Sursas had reported sick so he could work as a locum - or stand-in doctor - at a private clinic.

Mr Lee told District Judge Mathew Joseph: "He never did locum work at the expense of his job at CGH. On four occasions, the accused was absent from his job at CGH in the day but he worked as a locum in the evening. He issued an MC to excuse himself from work for the day."

The lawyer added that Sursas did not turn up for work at CGH on the four occasions, as he was feeling "very depressed" over a break-up with his girlfriend who lived in Canada.

"The accused's primary motivation for working as a locum was to earn some side-income so that he could made a trip to Canada... to try and salvage his relationship with (her)," said Mr Lee.

In a statement on Tuesday, Sursas said he deeply regrets his actions.

Read Also
Doctor called in sick so he could work as locum to earn extra money, then forged his own MC 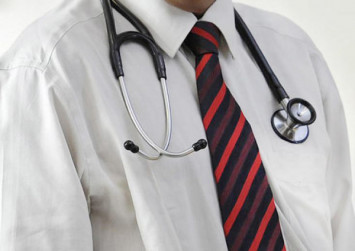 He added: "The last four years have not diminished my desire to serve society as a doctor. I hope society allows me to redeem myself."

The Singaporean worked as a locum at Etern Medical Clinic, which had branches in Sengkang and Punggol, on 47 separate occasions between July 10 and Dec 11, 2015.

Five days later, he wrote himself an MC and submitted the forged document to CGH.

The Straits Times reported in October last year that the Singapore Medical Council's (SMC) disciplinary tribunal had found him guilty of working as a locum on 47 occasions, issuing MCs to himself in such a way as to give the impression that they had been issued by another doctor, and backdating one of his certificates.

The tribunal suspended him for three years, imposed a $15,000 fine, censured him and ordered him to pay the cost of the proceedings.

Sursas had been granted temporary registration in May 2015 to be employed by the Ministry of Health Holdings (MOHH) and to work in an institution approved by the SMC.

The MOHH terminated his employment in January 2016 after his actions were uncovered. With the termination, the SMC cancelled his temporary registration, which meant he could no longer practise here.

The ST report stated that, as he is no longer a registered doctor, the tribunal's decision to suspend him is moot.

For forgery, Sursas could have been jailed for up to four years and fined.