Mr Henn Tan, who stepped down in May 2018 as chief executive of the mainboard-listed company, faces a total of 15 charges that accuse him of committing offences as far back as 2006.

SINGAPORE - Trek 2000 International's chairman emeritus and thumb drive inventor Henn Tan and three former officers were on Wednesday (Sept 25) each slapped with three to 16 charges, including cheating and falsification of accounts.

Tan, who founded the company, stepped down in May 2018 as chief executive of the mainboard-listed information technology solutions provider. He faces a total of 15 charges that accuse him of committing offences as far back as 2006.

The 63-year-old was alleged to have committed seven counts of falsification of entries including those pertaining to revenue and net profit in Trek 2000's FY2015 financial statements as well as recording fictitious sales and purchases respectively in 2013 and 2014. This included a conspiracy with then chief financial officer Gurcharan Singh between 2006 and 2011 to create false entries pertaining to licensing income of the group in Trek 2000's financial statements for those years.

He had also allegedly engaged in a conspiracy with Singh, former executive director Poo Teng Pin and former division president Foo Kok Wah to deceive external auditors Ernst & Young that the FY2015 financial statements had been properly drawn up.

Read Also
Made in Singapore: Tech brands and products you might not know were launched by locals 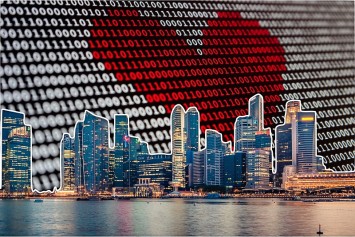 Besides these, Tan has a charge of alleged forgery of invoices and delivery orders in 2013 to deceive E&Y into believing that the FY2014 financial statements were in regulatory compliance and induced the auditors to issue an unqualified opinion.

Tan also faces a total of six charges for allegedly "recklessly" failing to make immediate announcements on a total of 47 interested personal transactions in 2010-2013 when there were sales to its subsidiaries.

The 63-year-old Singh faces a total of 16 charges similar to Tan's, while Foo and Poo have been charged with three and eight offences respectively.

If convicted, the four men face the following punishment:

Trek 2000 was trading flat at 8.1 cents on Wednesday morning.