PM Lee Hsien Loong announced a reshuffle of his Cabinet on April 23, 2021.

"The most credible options are now visible, and perhaps the Government hopes that this will give Singaporeans slightly more confidence that succession plan 'B' is now initiated and moving along," said Mr Harrison Cheng, associate director of the Control Risks consultancy.

The changes were sparked by Deputy Prime Minister Heng Swee Keat's announcement earlier this month that he was stepping aside as the People's Action Party's 4G leader to make way for a younger successor to the premiership. Mr Heng's finance portfolio has now gone to Mr Wong.

Former PAP MP Inderjit Singh said Mr Wong's ascension from second minister for finance was the right move to ensure continuity and to not "rock the boat too much".

Mr Cheng said Mr Wong's move suggested he had earned the trust of PM Lee and senior Cabinet members, by virtue of his performance as co-chair of the Covid-19 task force, not just on policy issues but also his communication and public-facing skills.

National University of Singapore political scientist Elvin Ong cautioned against viewing Mr Wong's new role as a sure sign of him being earmarked as future PM - as DPM Heng once was.

"There is no tradition nor rule for them to automatically become Prime Ministers," said Assistant Professor Ong, noting that Mr Tharman Shanmugaratnam and Dr Richard Hu were among past Finance Ministers who did not become PM.

Read Also
PM Lee announces Cabinet reshuffle: 7 of the 15 ministries to be helmed by new ministers 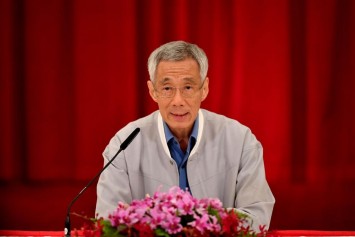 On Mr Chan's move to education after three years at the trade and industry ministry, the view was that this gives him a new platform to engage Singaporeans.

Mr Singh described MOE as a "major ministry that deals with the future", while Mr Cheng said the ministry has taken on greater significance in recent years, along with growing public appetite for education reforms.

Assistant Professor Walid Jumblatt Abdullah from Nanyang Technological University viewed the move as an opportunity for Mr Chan to burnish his public image, given the greater exposure offered by MOE.

A role of even greater visibility, said Prof Walid, is that of co-chair of the Covid-19 task force - which Mr Ong will now assume having taken over as health minister.

But Mr Cheng also warned that this would be Mr Ong's sternest test yet, with new challenges of emerging Covid-19 variants and the possible need for repeated vaccinations in coming years.

There is no such thing as a high or low profile ministry internally, said former Nominated MP Calvin Cheng. "It is thus not where the 4G ministers are moved that is important, but who was moved."

Dr Mustafa Izzuddin, a senior international affairs analyst at consultancy firm Solaris Strategies Singapore, said the changes make clear that Mr Ong and Mr Wong have now risen in prominence, "levelling up" with Mr Chan, who was the first to become a full minister among the three in 2013.

The moves will also test the camaraderie and dynamics of the 4G team. For instance, pairing Mr Ong and Mr Wong as co-chairs of the Covid-19 task force will provide an opportunity for PM Lee and the 4G team to determine how well they can work together, he said.

"This does not automatically signal they will be next DPM and next PM subsequently, but I think the PM is looking at various permutations (among the 4G)," Dr Mustafa added.

Mr Singh said this was also an opportunity to reset the dynamics of the 4G team so they can among themselves identify a leader.

National Development Minister Desmond Lee, who was previously identified by some analysts as a potential contender for 4G leader, will retain his portfolio. He is also Minister-in-Charge of Social Services Integration.

While some wondered why he had not been given a new role, Dr Mustafa said Mr Lee remains an important member of the 4G team. "I don't think this signals that he has been overlooked...but rather, that where he is now is sufficient for the time being."

As for the remaining movements among the 4G leaders - such as Manpower Minister Josephine Teo moving to helm the Ministry of Communications and Information and Mr S. Iswaran taking over as Transport Minister - Mr Singh said these were consequential moves that were made as a result of the need to test Mr Chan, Mr Ong and Mr Wong in new ministries.

While older and more experienced ministers remain at the helm of key portfolios such as foreign affairs, security and defence, analysts expect further changes down the road.

Political observer Felix Tan from NTU said the 4G leaders can eventually be moved into these positions after becoming more well-versed with Singapore's regional and international politics.

Prof Ong added that the new changes to the Cabinet also meant new opportunities for Singaporeans to assess for themselves who would be a good Prime Minister.

"Singaporeans should… provide feedback wherever possible to the PAP or to the government on who their preferred candidates are," said Prof Ong. "This feedback is likely to be useful input material for the 4G leaders when they themselves decide who to pick to be the new PM."