The man will be 80 when he is released from prison, if he is given the usual one-third remission for good behaviour.

A 54-year-old man who sexually abused multiple children with learning or physical disabilities after offering to tutor them was sentenced to 45 years' jail on Monday (June 27).

The prison term handed down to the man — who lied to victims' parents that he was a qualified educational therapist — is the longest imposed here for sexual offences.

In a case described by prosecutors as the "worst case of sexual offending against prepubescent children", he admitted sexually abusing a total of eight victims.

He pleaded guilty to six charges of aggravated rape committed against three of the victims over a period of 16 years, from 2002 to 2018.

The man cannot be named owing to a gag order, as he was in a relationship with the mother of one of the victims.

Two of the girls were five years old when they were raped, while the third was eight.

The man recorded videos of numerous attacks, which lasted for as long as 17 minutes. 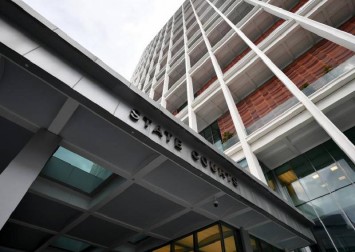 The offences came to light only after he sold his laptop in June 2018, and the buyer called the police after finding obscene images in the device.

In sentencing, High Court judge Ang Cheng Hock said: "The exceptionally sickening sexual abuse perpetrated by the accused against multiple children of such a young age warrants a harsh sentence."

Justice Ang said the lengthy sentence is a strong message to like-minded offenders and to reflect society's condemnation of the man's depraved acts against children who trusted him as a tutor and father figure.

The man will be 80 when he is released from prison, if he is given the usual one-third remission for good behaviour.

He told the court in Mandarin: "I'm very remorseful for the wrong I have done, it will haunt me for my entire life. I would like to sincerely apologise to the people I have hurt and I hope they can forgive me."