Prime Minister Lee Hsien Loong announcing a reshuffle of his Cabinet at the Istana on April 23, 2021.

SINGAPORE - Prime Minister Lee Hsien Loong on Friday (April 23) announced a reshuffle of his Cabinet, in the first change to political appointments since the general election last year.

This comes two weeks after Deputy Prime Minister Heng Swee Keat stepped  aside as leader of the People's Action Party's (PAP) fourth-generation (4G) team, and pave the way for a younger person with a longer runway to lead the country when Prime Minister Lee Hsien Loong retires.

Although he remains DPM and Coordinating Minister for Economic Policies, he will relinquish his role as Finance Minister to Mr Lawrence Wong.

Six other ministries will also be helmed by new faces, with the changes taking effect from May 15.

PM Lee said these "major moves" would give some of the ministers fresh responsibilities and help them gain different exposure and experience.

"The reshuffle is also an opportunity for them to work together in new capacities, so that they can understand each other better, and strengthen their cohesion as a team," he added. "This will make the new team readier to take over from me and my older colleagues."

Here's what you need to know about Friday's announcements:

1. Who is the new finance minister?

Mr Lawrence Wong will be appointed Minister for Finance, and relinquish his appointment as Education Minister.

PM Lee said: "Lawrence has been assisting Swee Keat as Second Minister since 2016, so he has the experience, and is a natural fit for the job."

He will be supported by Second Minister for Finance Indranee Rajah, and continue to co-chair the multi-ministry task force on Covid-19.

2. What about the other 4G contenders?

"Chun Sing has done an excellent job getting our economy back on track, and preparing our industries and companies to respond to structural changes in the global economy. This has been a major national priority," said PM Lee.

"Now I am sending him to education, where he will build on the work of previous education ministers to improve our education system to bring out the best in every child and student, and to develop young Singaporeans for the future." 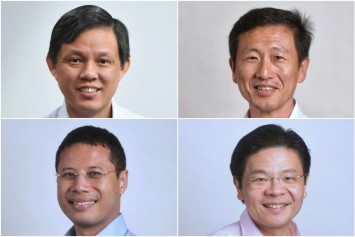 Mr Ong Ye Kung will take over as Minister for Health (MOH), and co-chair the Covid-19 task force alongside Mr Wong.

PM Lee said that Mr Ong has been dealing with major challenges in the transport portfolio since he took over from Mr Khaw Boon Wan.

"Since Covid-19, Ye Kung has been working on reopening our borders and protecting our status as an air and sea hub," said PM Lee.

"At MOH, he will build on the strong foundation laid by Kim Yong in healthcare and deal with issues like ageing, healthcare infrastructure and healthcare finance. These need our unremitting efforts spanning multiple health ministers."

Minister for National Development Desmond Lee will remain in his role, and will also remain Minister-in-charge of Social Services Integration.

3. What are the other major changes among the ministers?

Mr Gan Kim Yong will take over as Minister for Trade and Industry, after serving as Health Minister for almost a decade.

PM Lee described him as a "point man" in Singapore's fight against Covid-19.

"At MOH, he implemented many major healthcare reforms, and leaves a significant legacy of enhancements and improvements to the healthcare system," said PM Lee. "Right now, MTI, where he's going, is a key ministry. In MTI, Kim Yong will oversee our economic recovery from Covid-19, and pursue new opportunities to grow our economy." 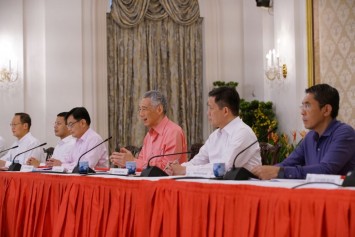 Mr S. Iswaran will take over as Minister for Transport, while continuing as Minister-in-charge of Trade Relations at MTI.

PM Lee said: "At MCI, he has significantly improved government's public communications and sense-making capabilities, and helped us understand and respond to citizens' views and concerns. He's managed major upgrades to our tech infrastructure.

"At transport, he will continue improving the quality, affordability and environmental sustainability of our transport system.

"Another important task is to maintain our status as a global air and sea hub in the post-Covid-19 world. MOT also deals with ongoing sensitive air space and maritime issues concerning our neighbours."

Mrs Josephine Teo will take over from Mr Iswaran at the Ministry of Communications and Information (MCI), while continuing as Second Minister of Home Affairs. 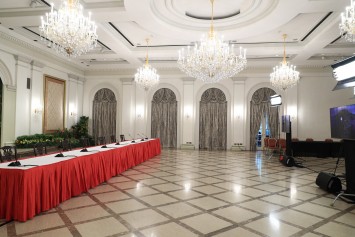 PM Lee noted that as Manpower Minister, Mrs Teo was responsible for a whole range of policies, including worker safety, labour relations and retirement adequacy.

"At the same time, MOM has been on the front line dealing with the migrant worker dormitories. Through all this, Josephine has been steadfast in working to support our lower wage workers and upgrade their incomes."

Dr Tan See Leng will be promoted from Second Minister to full Minister for Manpower, while continuing as Second Minister in MTI. PM Lee pointed out that Dr Tan has been leading efforts to tackle Covid-19 in the migrant worker dormitories.

4. What are the other new appointments?

Mr Edwin Tong will take over as deputy chairman of the People's Association from Mr Chan Chun Sing.

Dr Koh Poh Koon will be Senior Minister of State at the Ministry of Manpower, in addition to his appointment in the health ministry. 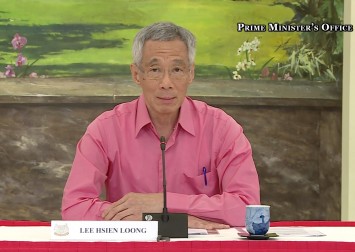 Mr Chee Hong Tat will replace Dr Koh as NTUC's deputy chief. Mr Chee will continue as Senior Minister of State in MOT but relinquish his appointment at the Ministry of Foreign Affairs (MFA).

At MFA, he will be replaced by Ms Sim Ann, who will in turn relinquish her portfolio at MCI. She will continue as Senior Minister of State in MND.

Minister of State Tan Kiat How will replace Ms Sim at MCI, while remaining in the Ministry of National Development. He will relinquish his role at the Prime Minister's Office.

Parliamentary Secretary at MOH Rahayu Mahzam will take on an additional appointment at MCI.

5. What will be Heng Swee Keat's role?

He will also continue to oversee the Strategy Group within the Prime Minister's Office, which coordinates policies and plans across the Government, plus the National Research Foundation.

Read Also
Heng Swee Keat steps aside as 4G leader: How does this affect Singaporeans

PM Lee said: "As Finance Minister, Swee Keat has carried a heavy burden, especially during Covid-19 when he delivered multiple Budgets within a year.

"Relinquishing Finance will free him to concentrate more on the whole-of-government economic agenda, including chairing the Future Economy Council, and incorporating the recommendations of the Emerging Stronger Taskforce into the work of this Council.