SINGAPORE - The Singapore National Olympic Council (SNOC) on Monday (April 18) announced it would be sending the Republic's biggest contingent of athletes for an Asian Games to the upcoming edition from Sept 10 to 25 in Hangzhou, China.

A total of 382 athletes across 29 sports earned the nod from a selection committee led by SNOC president Tan Chuan-Jin. The committee met on Monday to consider nominations.

Swimmer Joseph Schooling will be in Hangzhou to defend his two gold medals in the 50m and 100m butterfly. He will be joined by fellow Olympian Quah Zheng Wen, with the duo to see their first Asian-level action after enlisting for national service following the Tokyo Olympics last August.

The men's and women's football teams also received the green light, with the approval marking a milestone for the women, who will travel to their first Asiad.

The Lionesses will take part in their first SEA Games campaign in Hanoi next month for the first time in nearly 20 years, after floundering in the international wilderness during much of that time.

The SNOC also approved places for the men’s and women’s rugby sevens and water polo teams, who are champing at the bit for the opportunity to compete internationally, after both sports were not included in the programme for the SEA Games. 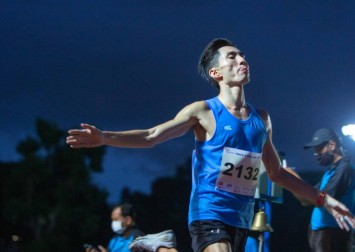 Douglas Danapal, head of communications for the Singapore Rugby Union (SRU), said the association was “extremely grateful”, noting it was the first time both men’s and women’s sides were picked for the Asian Games.

He added: “Hopefully this is a start to one day having a team in the World Rugby Sevens Series played at the Sports Hub, with the home crowd cheering us on.”

Despite the record number of athletes selected, however, there was no place for marathoner Soh Rui Yong, who rewrote his national record with a 2hr 22min 59sec effort in December and cleared the 2:23:42 benchmark for the Asian Games.

Soh, 30, was aiming to become the first Singaporean to compete in the marathon at the Asian Games.

However, disputes with the SNOC, which has taken issue with his "non-performance related standards and qualities such as attitude and behaviour", have meant he has had his nomination rejected for the 2019 and upcoming SEA Games, and now the Asian Games too.

Days after he was excluded from the Hanoi SEA Games, Soh penned an apology to the SNOC on his social media platforms in a bid to "resolve our differences and move forward in the best interests of Singapore sports".

In response to ST queries on Soh's omission, an SNOC spokesman said: "We have yet to find any satisfactory evidence to demonstrate changed behaviour and conduct by Soh Rui Yong (since the Hanoi SEA Games selection meeting) which would enable him to meet the non-performance related standards required."

The spokesman added that the SNOC and the Singapore Sport Institute have been in conversation with Singapore Athletics (SA) on the nominations they put forward for the major Games, and sought clarification from SA on the application of their code of conduct and their consideration in nominating athletes for the Games. 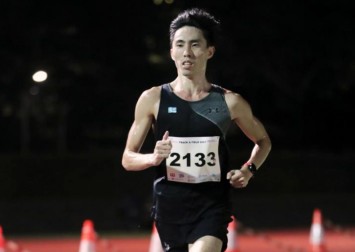 When contacted, Soh said on Monday (April 18) he did not hear from the SNOC after his apology, and suggested a meeting to resolve matters.

“I am disappointed to see yet another selection result in negative press for Singapore sports, but wish my teammates all the best at the Asian Games,” he said.

“I remain open to resolving differences with the SNOC officials if they are willing.”

Soh added that he had spoken to SA president Lien Choong Luen and will appeal through the association if it decides to file one.

Athletes who have yet to meet the qualifying mark have until next Monday to do so before the SNOC appeals committee convenes.