Sold for $400, yet her love for family is priceless 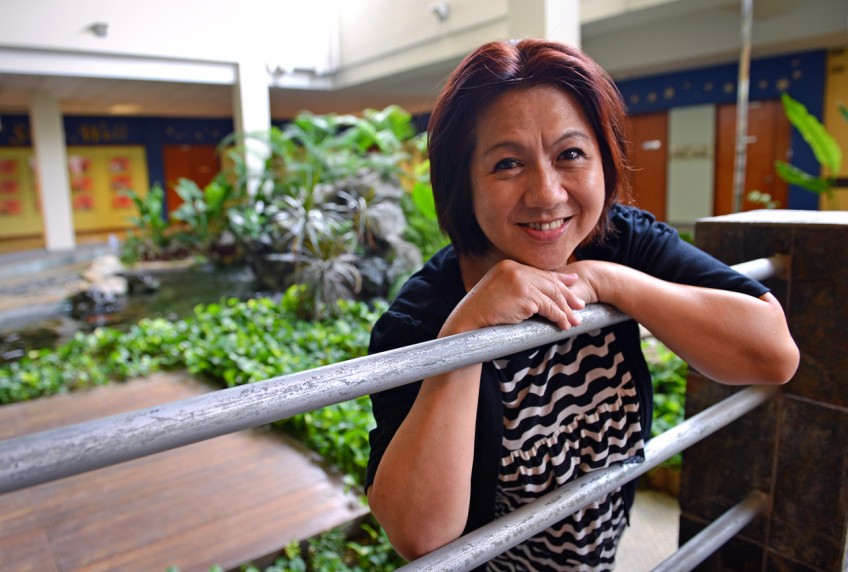 Lim Xiang Lin's parents sold her away to another family when she was barely one year old. At 14 years old, she managed to track down where her biological parents lived.
The New Paper

She was only 13 when she stormed into her biological parents' home to "give them a piece of my mind".

She had found out that when she was barely one, they had sold her for $400.

"They sold me but kept my brother, who was 11 months younger. I was so angry," she told The New Paper.

Madam Lim Xiang Lin, now 58, said she suspected her adoptive mother's friend was the go-between in the sale and confronted her.

That was when she was given her biological family's address.

And what she saw when she went to their home that day broke her heart: Her mother had suffered a stroke and was bedridden, and her father, a theatre performer, was out earning a living.

"I relented that very moment when I saw her. I felt sorry so I stayed," she said.

Madam Lim said that she spoke to her adoptive father about her decision.

She said: "My late adoptive father understood why. He was upset and teared because he loved me and would miss me. I promised to visit regularly and I did."

Over the next three years, Madam Lim became her mother's sole caregiver, taking care of her needs until she died.

"I had never washed clothes, let alone taken care of a sick person before. Yet, I had to wash her soiled clothes and help clean her. I thought to myself then that if I didn't do it, then who would?" she said.

Madam Lim also took care of her brother and sister, "who was only four when I first returned home".

After her mother died, Madam Lim, who had left school early, joined her father's theatre troupe.

"My father and younger siblings needed me, so I never returned to my adoptive parents' home. It was not easy," she said.

At 19, Madam Lim became a dancer at the Neptune Theatre Restaurant in Collyer Quay. Neptune was Singapore's first revue with its own dance troupe, the Neptune Dancers.

Madam Lim quit the revue when she got married. She was then 32.

It was only after her divorce in 2011 that she found solace in taking care of others.

"I met a woman who volunteers at the IMH (Institute of Mental Health).

"She said people are afraid to volunteer there and asked if I would like to join her.

"Having taken care of my mother's every need for three years before she died, I said I would," she said.

Madam Lim, who has two grown-up sons, visits IMH once a month to sing and dance for the patients. She also helps to cut their hair.

She even started Yuan Services, an organisation that recruits and trains volunteers. They go to IMH once every two months to give 500 long-stay patients their much-needed haircuts.

Madam Lim is a recipient of the Healthcare Humanity Award this year.

Ms Catherine Chua, volunteer manager at IMH, who nominated Madam Lim for the award, said: "Xiang Lin has done a lot for our patients and her dedication is admirable.

"I saw how she grew her volunteer group from a few like-minded individuals to a whopping 700-strong organisation in a matter of years.

"She has become a great friend to the patients and a good friend of mine."

Madam Lim's younger son Benedict Seetoh, 17, said he felt proud of his mother's "will to serve others, despite the challenges that continue to test her resolve till today".

He said: "Her joy comes from the fact that her work is actually making someone's day better...

"It's almost as if volunteering for her is like a relaxing therapy or a vacation, it returns her to a simpler and happier environment."

This article was first published on May 7, 2016.
Get The New Paper for more stories.