Some major pre-school chains set to raise fees in 2023

SINGAPORE - Parents of pre-schoolers will have to pay higher fees in 2023, with major chains set to raise monthly charges by up to 11 per cent.

In a circular to parents on Sept 1, it cited inflation and higher operational costs for the increase.

But pre-schools that receive subsidies from the Government to boost access to early education, especially for children from lower-income or disadvantaged backgrounds, have to keep fees affordable.

ECDA-appointed partner operators such as Star Learners Child Care and Little Skool House have a fee cap of $760 before GST.

The Straits Times understands that PCF Sparkletots, the largest pre-school provider with more than 360 centres that are attended by more than 40,000 children, is in discussions with ECDA over the fee issue. Its full-day programme costs $770.40 (including GST) before subsidies.

Star Learners, which currently charges $760 for its full-day programme, said it does not plan to increase its fees.

M.Y World, which currently charges $720, told ST that it is committed to "ensuring our curriculum continues to evolve with the interests of children today", but did not say whether it will be raising its fees.

There is good news for parents whose children attend MOE Kindergartens, whose fees will remain at $160 across its 43 centres for the K1 and K2 half-day programmes. 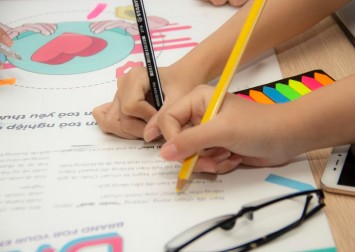 Its fees were last increased in 2018, by $10, said the Ministry of Education. The MOE Kindergarten programme was started in 2014 to provide affordable pre-school education to Singaporeans.

The fee hikes come on top of the current higher costs of many other goods and services because of inflation.

Mr Mark Lee, who has two children aged three and five in My First Skool and a one-year-old on the waiting list, is concerned about the potential hike in pre-school fees.

"It will be costly amid rising food, petrol and utility prices, and I will definitely feel the pinch," he said.

"The Government should consider subsidising or absorbing the increase for government-aided pre-schools. Private pre-schools can bear the bulk of the increases since they already charge a premium for their curriculum."

Noting that switching to a cheaper pre-school is not a simple matter, Mr Lee, who is in his 30s and works in business development, added: "Convenience is key too. If the cheaper option is a lot farther, then that is another (factor)."

More than 60 per cent of pre-school children are enrolled in government-supported pre-schools, according to ECDA.

ECDA provides basic and additional means-tested subsidies, with working mothers receiving $300, while others get $150.

In 2020, ECDA raised the gross monthly household income ceiling for means-tested subsidies from $7,500 to $12,000, and increased subsidy amounts.