All travellers must include their health declaration in their application as part of ICA's border control measures.

SINGAPORE - Websites offering to assist travellers with their submission for the SG Arrival Card — which they need to enter Singapore — have been popping up, the Immigration and Checkpoints Authority (ICA) told The Straits Times.

All travellers, including Singaporeans, must include their health declaration, among other requirements, in their submission, as part of ICA's border control measures in response to the pandemic.

Submission via the official SG Arrival Card e-Service is free, but some portals, which are hosted overseas, charge as much as $100 for their assistance.

These websites display photographs of popular Singapore landmarks such as the Merlion and the ArtScience Museum, which may mislead travellers into believing they are affiliated to the Government or authorised to provide such services.

But these portals are not phishing sites and they provide a legitimate service for a fee, said Mr Jonathan Kok, a technology lawyer at Withers KhattarWong.

However, there is still a risk that personal particulars users provide to these websites such as their passport number or credit card details may be misused.

Mr Kok said: "For instance, someone can use this information and open online accounts with financial institutions or e-commerce sites or commit fraud in that individual's name, resulting in that individual incurring loss, reputational damage and emotional distress over the misuse of his identity."

ICA said it is aware of 12 websites advertising these services for a fee. It does not support or endorse these services and is not affiliated with them. 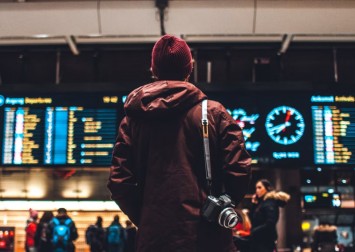 "The submission is free of charge and takes approximately three to 10 minutes. There is thus no need to seek professional assistance to fill in the SG Arrival Card," added the authority.

Some of these websites claim that they can provide e-mail support and assistance by travel experts in languages such as Russian, French and Korean.

They also offer to help travellers review their submission to avoid having missing information.

In response to these claims, ICA said: "Travellers will not be denied entry due to invalid or improper submissions unless they have made a false declaration in the SG Arrival Card.

"Travellers who face technical difficulties can write in to ICA's helpdesk. ICA will respond to e-mail inquiries within three working days."

To better support travellers, ICA told ST it has plans to roll out more language options in the coming months for the SG Arrival Card.

Last year, some travellers from the United States had difficulties entering Singapore via the vaccinated travel lane because their American vaccination records were not recognised as official proof by the Singapore authorities.

ICA said travellers can still do the SG Arrival Card submission even if they cannot upload their overseas vaccination certificates. 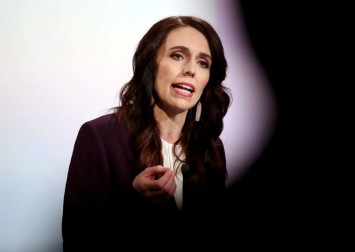 Upon arrival, they can produce a physical vaccination record and a letter signed by their vaccination provider.

Despite these measures, tourism experts said some travellers, especially those unfamiliar with Singapore, may still opt to use the commercial services.

Dr Michael Chiam, a senior tourism lecturer at Ngee Ann Polytechnic, said: "Businesses are free to charge an submission fee for travellers who may not be proficient in the language required to complete the submission or generally prefer to outsource such tasks for convenience."

Dr Wong King Yin, a marketing lecturer at Nanyang Technological University, said these websites have "put in a lot of effort in doing search engine marketing". "When planning for their trip to Singapore, instead of visiting the official ICA website, travellers might land on other sources of information which seem credible".

Ms Anna Kuznetsova, 41, said she found the SG Arrival Card easy to submit when she was returning to Singapore in January. The Russian citizen, who works as a consultant here, did not use any of the paid services.

"There are checklists on the SafeTravel website showing what documents you need and where to submit them. Perhaps travellers who don't fill in the SG Arrival Card before they reach Singapore are in a rush and when they do a Google search, they find those paid websites."