A hearing into the suit opened in the High Court on Aug 15.

The son of a 74-year-old woman who died three weeks after a heart attack while she was hospitalised at Tan Tock Seng Hospital (TTSH), has sued the hospital and three doctors, seeking $800,000.

Madam Tan Yaw Lan, who had medical issues including diabetes, hypertension, heart disease and kidney disease, had a heart attack while she was taking a shower – assisted by a nursing intern – on April 23, 2018.

She suffered brain damage following the heart attack and was placed in intensive care. She died on May 13, 2018.

In 2019, her son Chia Soo Kiang, 47, a public servant with the National Library Board, sued TTSH and the three doctors for negligence, alleging multiple breaches of their duty of care.

The purported breaches include the withholding of pre-existing medications for Madam Tan's heart condition and diabetes, failure to refer her to appropriate specialists, and allowing a medically untrained person to handle her.

A hearing into the suit opened in the High Court on Monday (Aug 15).

A total of 30 witnesses, including medical experts, are lined up to testify – six for Mr Chia and 24 for TTSH and the doctors. 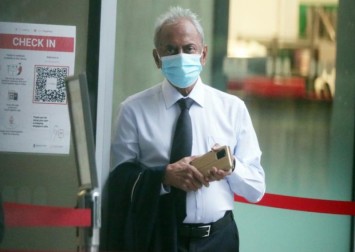 Mr Chia's lawyer, Mr Clarence Lun, said in his opening statement: "Despite the deceased's medical history known to the defendants, the defendants had acted in a callous manner to a high-risk and vulnerable person, even to the extent of permitting an untrained intern nurse to treat the deceased, which resulted in her collapse and delay in responding to the emergency."

They contend that all aspects of the treatment and management of the patient were appropriate and met the required standard of care.

Madam Tan was admitted to TTSH on April 20, 2018, after she went to the emergency department because of fever and lethargy.

She was initially diagnosed with widespread sepsis, a heart attack, diabetes, anaemia and worsening kidney function.

The initial treatment plan included stopping aspirin as well as medications furosemide and losartan she took for heart issues and starting her on antibiotics.

The next day, Dr Lee referred her to the hospital's cardiovascular medicine department and replaced her usual premixed insulin with a "sliding scale" insulin that varies the dose based on blood glucose level.

The planned referral was later cancelled by Dr Ranjana. 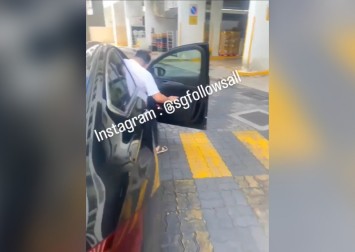 The defendants say it was appropriate to temporarily withhold aspirin, which carries a risk of bleeding, in view of Madam Tan's sepsis and drop in haemoglobin level.

They add that it is usual for hospitalised patients to be placed on sliding scale insulin.

They say no specific treatment was required for Madam Tan's heart attack as the underlying cause was sepsis, which is the body's life-threatening response to an infection.

They add that there was no delay in the resuscitative efforts – the intern called for help immediately and the medical team attended to the patient immediately.

They say Dr Dorai Raj, the consultant on call on the night of April 20, did not personally review Madam Tan and was not consulted on her case, and thus, did not owe her a duty of care.

The trial continues on Tuesday.