In this photo taken on March 17, 2020, Canadian David James Roach is arriving in Singapore after having fled the country.

SINGAPORE - A Canadian man who escaped with more than $30,000 after robbing a Standard Chartered Bank branch in Holland Avenue on July 7, 2016, was sentenced to five years' jail and six strokes of the cane on Wednesday (July 7).

David James Roach, now 31, who fled Singapore soon after the robbery, had earlier pleaded guilty to one count each of robbery and moving his criminal gains out of Singapore.

Roach's lawyer Anand Nalachandran asked for not more than four years' jail, stressing that his client was not armed with a gun during the robbery.

Judge Tan, who said Roach had committed "daylight robbery" in a "brazen" manner, sentenced Roach to five years' jail and six strokes of the cane.

The court earlier heard that Roach had approached the bank cashier during the 11.20am robbery with his right hand in a bag that he placed on the counter.

His action, coupled with a handwritten note with the words, "This is a robbery, I have a gun in my bag", caused the cashier, who was pregnant, to fear for her life and she complied with his instructions on the note.

According to previous reports, Roach took a flight out of Changi Airport a few hours after the robbery. He was tracked via security footage and DNA from the room where he was staying. A bank ticket stub revealed his identity.

Roach's conviction brings to a close a long saga during which he ended up behind bars in Thailand and was later detained in Britain, where he fought a legal battle in a bid to escape extradition to Singapore. 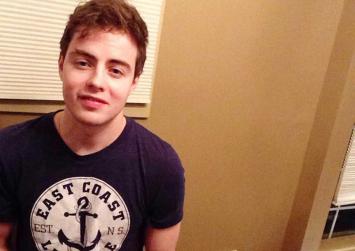 In a previous joint statement, the Attorney-General's Chambers (AGC) and Singapore Police Force (SPF) said that Roach was arrested in Thailand later in July.

He was then sentenced to 14 months' jail in Thailand for violating money laundering and other Thai Customs laws.

After he was deported from Thailand on Jan 11, 2018, Roach was detained in London, at Singapore's request, while en route to Canada.

The Thai government had earlier rejected Singapore's request to extradite Roach as the two countries did not have an extradition treaty in place.

Roach was extradited to Singapore from Britain in March last year and charged in court with robbery and money laundering.

He had appealed multiple times to the British High Court to reverse the decision to extradite him to Singapore, said the AGC and the SPF in their joint statement.

He finally arrived in Singapore on March 17 last year.