The last time the Standard Chartered Singapore Marathon was held in its full physical format was 2019. With the race returning from Dec 2 to 4, 50,000 runners are expected to take part.

SINGAPORE - The Standard Chartered Singapore Marathon (SCSM) returns in December after a two-year hiatus, but the marquee event will be missing one of its highlights – the National Championships and the accompanying prize purse.

This has caused some unhappiness among the local running community, with top national marathoner Soh Rui Yong – who won the National Championships from 2017 to 2019 – saying in a Facebook post that these were “sad times for local distance running” and that “the race seems a shadow of its former self”.

A top local marathoner, who spoke on the condition of anonymity, said: “It’s more than just about prize money. It is pride in doing well for a local marathon – we only have two in Singapore, so it’s a big deal.

“We are not like other countries where there is a marathon every week.

“When the local community comes together to aim for a placing, and celebrate each others’ achievements, it’s a big deal.”

Acknowledging local runners’ disappointment, a Singapore Athletics (SA) spokesman said that the association will be meeting with SCSM organisers Ironman Group for discussions this week.

He said: “We do realise that there’s been feedback from the ground, so we will clarify with them and see what the next steps are moving forward.”

The annual race is also usually sanctioned by SA and negotiations on this matter are ongoing, added the association.

On the dip in prize money, Ironman explained that the 2022 race does not include elite racing categories such as a dedicated Gold Label International elite race, which features some of the world’s top long-distance runners.

In previous editions, organisers brought in international elite runners to Singapore to compete. In 2019, the SCSM’s men’s and women’s winners, Kenya’s Joshua Kipkorir and Priscah Cherono were each awarded US$50,000.

Noting that the prize pool will be increased “in a progressive manner”, Ironman said: “With the world of athletics still in recovery following the pandemic, this year’s race does not include elite racing categories such as a dedicated Gold Label International elite race... and as such doesn’t include the local and international elite race category prize pool. 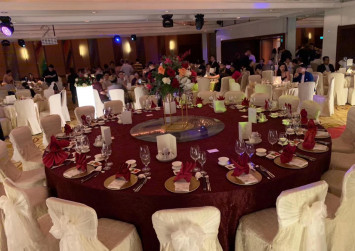 “However, in the spirit of competitiveness, we have created a prize pool for the top five men and women finishers in the marathon and half-marathon categories. This is open for both local and international runners.”

The changes have prompted one local runner, who wanted only to be known as Ed, to consider launching a crowdfunding initiative with other members of the fraternity.

Noting that Singaporean athletes would still have to compete with international runners in the main category, he also stressed that the key issue was not the prize money, but the lack of recognition for local runners.

He said: “I was very disappointed when I heard there was no recognition for local and masters winners as in the past.

“We consider this a marquee event and this is what local runners look towards every year.”