Shangri-La's Rasa Sentosa Resort and Spa has been used as a dedicated facility since March for those serving stay-home notices.

As Singapore continues to open its borders gradually, the stay-home notice (SHN) regime has become a key part of keeping Covid-19 infections low in the community.

More than 120,400 such notices have been issued in the past six months, the authorities said in response to The Straits Times' queries.

Early this month, there were about 14,000 people still serving their SHNs, said an Immigration and Checkpoints Authority spokesman. He added that some 200 investigations into breaches have been conducted as at Aug 4.

During the SHN period, typically for 14 days, an individual is not allowed to leave his residence. Those who break the rules face a $10,000 fine, jail of up to six months, or both.

Foreigners could also have the validity of permits or passes allowing them to remain in Singapore shortened or revoked.

The SHN was introduced on Feb 19 for those returning from anywhere in China except Hubei. At the time, those who had travelled to the province - then the epicentre of the pandemic - were quarantined.

As the coronavirus spread and the situation worsened globally, the Government expanded the scheme to returnees from other countries, and converted various sites like hotels into dedicated facilities for housing these returnees. By April 9, all travellers returning from anywhere overseas had to serve SHNs at such sites.

Although not all incoming travellers have to stay at dedicated sites now, a spokesman for the Ministry of National Development said earlier this month that 46 hotels were still being used for such purposes. 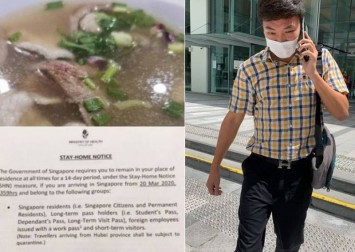 Travel rules have been relaxed gradually as Covid-19 numbers have come under control. For example, from next month, visitors from countries like Malaysia and China need to serve only seven days of SHN. Visitors who had been in Brunei or New Zealand - considered low-risk countries - for 14 consecutive days before their visit will not have to serve the SHN at all.

Ms Tan Yen Nee, hotel and sector manpower director at the Singapore Tourism Board, said a range of accommodation options are available for travellers to serve their SHNs, subject to current rules.

"The Government will continue to monitor the dynamic and evolving Covid-19 situation, and adjust our capacity accordingly," she said.

Among the dedicated sites is Shangri-La's Rasa Sentosa Resort and Spa, the site of Singapore's first Covid-19 case, reported on Jan 23. The hotel has been used as an SHN dedicated facility since March.

Shangri-La Group told ST the hotel's operating arrangements are made in close consultation with and approved by the authorities. These include no physical interaction between staff and guests, daily temperature checks, and making sure meals are delivered and linen changed in a safe manner.

It has also created videos such as exercise and dance lessons as well as online meet-up sessions for guests to interact virtually, and calls SHN guests daily to check on their well-being.

These hotels follow the authorities' strict regulations on safety measures and operations, he said, from the guest's arrival and meals to housekeeping and proper disinfection when the guest leaves.

Most foreign students returning to Singapore serve their SHNs at dedicated sites, said a Ministry of Education (MOE) spokesman, adding that others do so in accommodation they have found for themselves or in ministry-managed hostels. 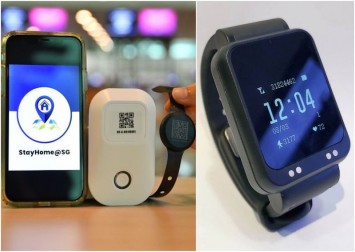 Since Aug 11, the authorities have started using wearable technology to monitor travellers not staying at dedicated sites while serving their SHNs. Such travellers must wear an electronic wristband that alerts the authorities if the wearer leaves his residence. Officials have said the technology is necessary to make sure the SHN regime remains sustainable and effective.

Children aged 12 and below do not need to wear such devices. Neither do students staying in school hostels as they are closely observed.

The MOE spokesman had said earlier this month that it expected fewer than 100 students would need to wear the devices in the first two weeks after the new rule kicked in. "However, this number may grow as Singapore gradually opens its borders," she added.