If these pivoted nightlife outlets are permitted to reopen, they have to adhere to additional safe management measures.

SINGAPORE - Around 50 nightlife establishments that flouted Covid-19 rules since October last year will not be allowed to reopen.

Others that previously pivoted to food and beverage (F&B) operations must remain closed, including for takeaways, until they pass inspections and receive a conditional permit, the authorities said.

This comes after more than 400 pivoted nightlife outlets were ordered to close for two weeks from July 16 to Saturday (July 31) to break the community transmission of the virus from the cluster at KTV lounges and nightclubs.

There are 250 cases linked to the cluster at KTV lounges and clubs as at Friday noon.

If outlets are permitted to open, they will have to adhere to additional safe management measures, on top of existing ones for the F&B sector, said the ministries of Sustainability and the Environment, Home Affairs, and Trade and Industry in a joint statement on Saturday.

The additional measures include locking all private rooms and using only the main hall for F&B operations.

The outlets must also have closed-circuit television cameras covering all areas of operation, including the entrances of the locked private rooms. Lighting in the venues must be sufficient for activities to be seen on cameras, the ministries said.

The interior of the outlet must also be visible to people outside – no blackout windows or opaque doors are allowed.

Read Also
'There are quite many SIA girls in KTVs': Singapore hostess spills the beans on ins and outs of industry 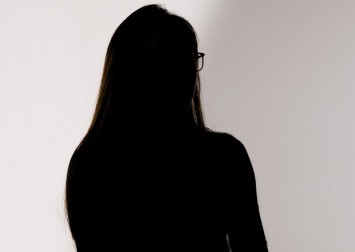 Equipment for public entertainment, such as pool tables, dart boards and karaoke machines, must be moved out of their patrons’ sight.

Separately, all employees have to take a one-time polymerase chain reaction test before resuming operations. Thereafter, they are required to undergo Covid-19 testing at Health Promotion Boards’ Quick Test centre every seven days after operations resume.

This is more stringent than typical F&B outlets, where employees have to do such tests every 14 days.

In addition, employees deployed at the entrance of the outlet are not allowed to delay the entry of enforcement officers, or prevent members of the public from looking in.

The authorities warned that any outlet found to have resumed operations without a permit from the Ministry of Trade and Industry will face firm action.

This includes prosecution and having their licences for food, public entertainment and liquor cancelled. The permits can be withdrawn and the outlets ordered to shut immediately if they are caught flouting the measures.

Seven nightlife operators have thus far had their licences revoked and were ordered to stop operations.

Their offences include allowing hostessing, providing entertainment such as card and dice games, as well as allowing groups larger than two to eat at the same table.