Chien Jui Hung (left) and Lin Yu Fan, who acted as mules in the scam for the money transfers, were sentenced to 28 months and 22 months in jail, respectively, for money laundering.

SINGAPORE - On April 10, 2018, a student from China living in Singapore received a phone call from a woman claiming to be from the Singapore Police Force (SPF), who said she was under suspicion of money laundering.

Deceived into believing her, the student in her 20s, who did not want her identity revealed, co-operated with the "investigation".

"She transferred me to a number that had '110', which is China's police number," she told The Straits Times on Tuesday (April 23).

The male "Chinese officer" on the phone told her to report her whereabouts to him, to "show that she was not running away" from any of her accused deeds.

The next day, she was instructed to key in her bank details into what he said was an SPF website. She was also told to keep the case confidential in order for them to catch the real culprit.

But the moment she provided her one-time password and access to her bank account, she received a message that $22,500, her entire savings earned from working in Singapore, had been transferred out. Her suspicions were further raised when she was told not to log into her bank account. She realised she had been duped. 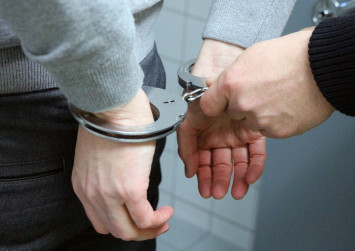 The student was one of four people who fell prey to a scam impersonating Chinese officials.

Last Wednesday, Chien Jui Hung and Lin Yu Fan, who acted as mules in the scam for the money transfers, were sentenced to 28 months and 22 months in jail, respectively, for money laundering.

The police advised the public to be wary of calls from people claiming to be officials, especially of a foreign country and to be suspicious of callers who do not give enough information about themselves to verify their identity.

The public should never give bank details, credit card numbers, OTP codes from tokens or passport numbers to strangers over the phone.

Those looking for advice can call the Anti-Scam Helpline at 1800 722 6688 to check if a call they have received is a suspected scam.