Posed photo of someone picking up a phone receiver. A 15-year-old student received an unsolicited call from a scammer, who told the teen that there was a police warrant against him in China for money laundering offences.

SINGAPORE - A 15-year-old student was scammed into staging his own kidnapping on May 1, leading to his parents transferring 20,000 yuan (S$4,045) to a bank account in China.

In a press statement on Monday (May 6), the police said that the teen had received an unsolicited call from a scammer who claimed to be a police officer from China.

The scammer told the teen that there was a police warrant against him in China for money laundering offences, and said that if he wanted to cancel the warrant, he would have to transfer money to a bank account in China.

The Straits Times understands that the teen is from China but is studying in Singapore.

According to the police, as the teen did not have the money to pay the scammer, he was told to get his parents to pay instead by staging his own kidnapping.

The teen complied with the scammer's instructions, checking into a hotel room in Orchard Road on May 1.

"He was told not to contact anyone, and to take a photograph of himself being tied up," the police said.

He then sent the photo to his parents in China, requesting that a ransom be paid to the Chinese bank account for his release.

Frightened, the parents transferred 20,000 yuan to the bank account and alerted the teen's guardian, who was in Singapore at the time, as they were unable to get in touch with their son.

The guardian then called the police and officers were deployed to find the teen, who was eventually discovered safe in the hotel room.

ST understands that the Commercial Affairs Department of the Singapore Police Force is working with its counterparts in China on the case. 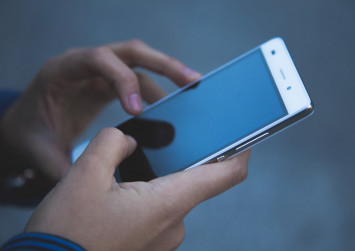 The police said that they take a serious view against any person who may be involved in scams, whether knowingly or unwittingly.

Anyone found to be involved in such scams will be investigated by the police.

The police also advised members of the public to ignore unsolicited calls from unknown parties, and ignore the caller's instructions.

They added that no government agency instructs people to make payment through a telephone call or social messaging platforms such as WeChat or Facebook.

Government agencies also do not ask for personal banking information such as Internet banking passwords.

Foreigners who receive calls from people who claim to be police from their home countries should call their embassy or high commission to verify such claims.

Members of the public should also refrain from giving out personal information and bank details over the Web or the phone.

To seek scam-related advice, members of the public may call the anti-scam helpline on 1800-722-6688 or go to www.scamalert.sg