SINGAPORE - The recall of Kinder products from the market here over salmonella contamination concerns has been widened, said the Singapore Food Agency (SFA).

All the affected batches are made in Belgium.

This follows a new recall alert issued by the Food Safety Authority of Ireland.

Kinder chocolates are made by Italian confectionery group Ferrero.

Ferrero said on Friday (April 8) that all affected products, including the ones in the United States, were made at a factory in Arlon, Belgium, and that salmonella was first detected at the site on Dec 15, reported American newspaper USA Today.

The company has suspended operations there until further notice.

Kinder products in several countries, including the United States and Britain, have also been hit by product recalls owing to similar concerns.

Salmonella can cause food-borne illnesses including fever, abdominal cramps and diarrhoea.

More than 100 cases of salmonella, mostly affecting children aged 10 and below, were reported in Europe, according to USA Today.

People who have consumed the products and have concerns about their health should seek medical advice, it added.

Consumers may contact their point of purchase or importers for inquiries.

On Wednesday (April 6), SFA issued a product recall for batches of Kinder Surprise eggs which have a best-before date of between July 11 and Oct 7 this year. 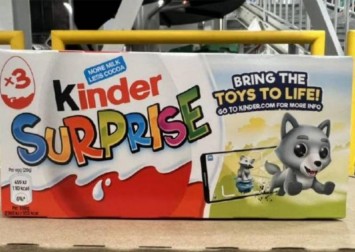 Kinder chocolates are made by Italian confectionery group Ferrero.

The recall is ongoing.

Mr Ken Ong, 40, who works in Ong Jit Sang Sundries Store in Braddell, said its Kinder chocolate products are not among those affected by the recall.

“The products being recalled are actually not that popular in Singapore. I don’t think that the sales of the Kinder products at our store will be affected because the products are obviously not the same,” he added.

ST has contacted the Ministry of Health for comment.