Swimming: Joseph Schooling to return to Singapore to train for Tokyo 2020 Olympics

SINGAPORE - Olympic champion swimmer Joseph Schooling will return to Singapore to train for the Tokyo 2020 Olympics after he graduates from the University of Texas at Austin in December, the Singaporean said in an interview with the SwimSwam website.

"I am headed back to Singapore after this semester is over, not exactly sure when, probably between January and February," said the 23-year-old in a video interview. "After school, I want to stay here for a couple of weeks, get some good training in, say goodbye to the guys and then I will be making my way home."

He will train in Singapore "for the foreseeable future", he said, adding: " I am definitely not going to pursue a Masters (degree) right now, maybe after swimming, and if I am not going to school here, then I need to go back home and train. That's kind of how it happened."

While he has been training with the Texas Longhorns team under Eddie Reese for the past four years, he said he has confidence in the coaching team of Stephan Widmer, Sonya Porter and Gary Tan at the National Training Centre in Singapore, having trained at the OCBC Aquatic Centre for more than three months before the 2018 Asian Games. 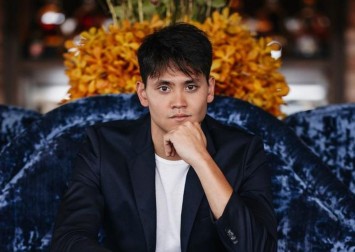 "I love swimming with Gary, Sonya and Stephan; Gary is going to be my primary coach but Sonya and Stephan, the three of them are a team and if you put the three minds together, it's very hard to beat them," said Schooling, who won two individual golds and two relay titles at the Asiad in Jakarta in August 2018.

"They are phenomenal coaches and people. I lost some weight before the Asian Games which was good, changed up my diet and training routine a bit and so I think they are on the right track. They have very good ideas and I am going to start exploring them when I am back. Their plan looks pretty solid."