The queue at 11am yesterday at the former Bishan Park Secondary School in Sin Ming, which has been converted to a Covid-19 screening centre. Equally lengthy queues were seen at other centres, with waiting times of more than two hours.

He received an SMS on Sunday (May 2) saying he had been in the same building the previous Monday at around the same time as a Covid-19 case from the Tan Tock Seng Hospital (TTSH) cluster.

In the message from the Ministry of Health (MOH), Mr Rio Yamamoto, 27, was urged to visit one of four regional screening centres or a designated clinic for a free swab test.

Anxious to know if he was safe, the digital marketing executive arrived at the former Da Qiao Primary School centre in Ang Mo Kio at 3pm yesterday.

To his surprise, the queue was so long he had to be turned away. Chinese-language daily Lianhe Zaobao reported that there were more than 300 people at the centre at 11am.

"I was hoping to take the test to get peace of mind as I am concerned about passing the virus to my parents," Mr Rio told The New Paper.

"It is quite concerning to see potential Covid-19 cases gathering like this. The risk and the long (wait) would deter those who want to get tested," he added.

Mr Rio, who is yet to be vaccinated, has cancelled meetups with people and restricted his interactions with immediate family since getting the SMS.

Like him, hundreds of others turned up at screening centres yesterday for the government-funded polymerase chain reaction test - offered to those who may have had exposure to the active TTSH cluster. 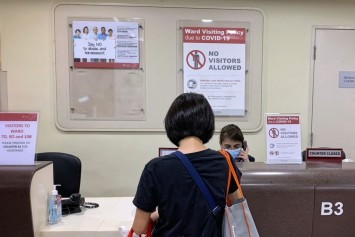 MOH had said on Friday that while close contacts of the TTSH cluster - at 35 cases as of yesterday - have already been identified through contact tracing, it is pre-emptively mitigating any risk of wider, undetected community transmission.

This includes extending free swab tests to patients discharged from - or visitors to - the hospital from April 18; as well as those who had been to or work at public places visited by cases from April 15 to 27.

From yesterday to May 16, they can either walk in to a screening centre or book an appointment at a public health preparedness clinic (PHPC).

Besides the former Da Qiao Primary School, the other centres are at the former Shuqun Secondary School in Jurong East, former Coral Primary in Pasir Ris, and former Bishan Park Secondary in Sin Ming.

Opening hours for the centres are from 9am to noon and 1pm to 4pm daily.

Mr George Tan, 73, who got in line at the screening centre in Ang Mo Kio at 9am with his wife, said he was shocked to find a snaking queue when they arrived. He estimated that it grew to around 400 people not long after.

"The queue barely moved in the two hours we waited," said the retiree, who was warded at TTSH between April 17 and 20.

While he did not receive an SMS urging him to get tested, all his family members who visited him did and several of them encouraged him to do so. 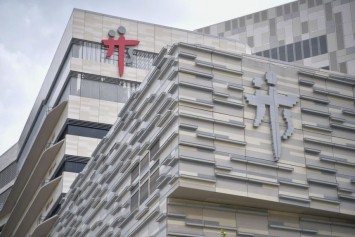 At about 11 am, the couple were told they should return to the centre at 3.45pm, due to the overwhelming number of people there.

When TNP visited the centre at about 3pm, there were about 50 people in the queue outside the school.

Staff could be seen reminding those waiting to maintain safe distancing, while trying to explain the situation to some who were getting increasingly agitated. Some people had to be turned away.

A woman who wanted to be known only as Madam Aslindah, 52, said she had taken a taxi from Hougang to get tested and was initially told to return another day to take the test because of the long queue.

The housewife, who was later able to get tested, said: "If I come tomorrow, what if the queue is bad also? It is a hot day and it is fasting month."

Similarly lengthy queues were seen in Sin Ming at around noon. Wait times were over two hours long in Jurong East.

At the Pasir Ris centre, as early as 10.30am, staff began asking those queueing to return another day, according to Zaobao. 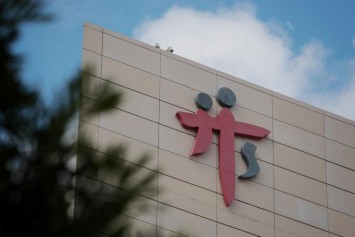 TNP understands that there were also long waiting times at some of the clinics offering free testing.

MOH has said that individuals may be redirected to their nearest PHPC if screening centres are crowded.

It has also advised that only asymptomatic individuals go to the centres, and that those feeling ill should visit a doctor or PHPC instead.

MOH did not respond to queries from The New Paper by press time.