Can beancurd skin, more commonly known as tau kee, be counted as meat?

For the economical rice stall in the Food Junction food court of Rivervale Mall in Sengkang, it apparently can.

Stomp contributor Dina found this out only when she ordered a tomato egg, cabbage, tau kee, and sweet and sour pork from the stall on Wednesday (Sept 21) at 1.30pm.

"I was expecting to be charged for three vegetable and one meat items," she said.

"To my surprise, when I went to pay at the cashier, I was charged for two meat and two vegetable items."

The receipt in the photo she shared with Stomp showed that she was charged $6.10 for her plate of food. 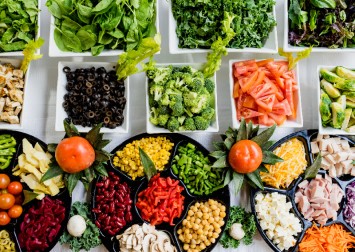 "I asked the lady at the cashier why I was charged for two meat items when I had only the sweet and sour pork," recounted the Stomp contributor.

"Her reply: 'Tau kee is now expensive, counts as meat.'

"I paid without arguing and left the stall. It was not their fault as they probably were just following orders.

"Is this the norm? I'd never ordered tau kee from this stall so maybe that's just the way they operate, but I think the stall should have put a notice or informed me that the tau kee was a meat dish.

"The difference between two meat and two vegetable items and one meat and vegetable items was $1.60. which is very expensive for just tau kee. I would have ordered another meat dish for that price."

ALSO READ: Back to basics: Here's how one young Singaporean cuts down on her expenses