From taxi driver to software engineer in 9 months: 53-year-old man now making 3 times what he did while driving

Mr Gazali Ahmad now works for a global technology firm, making three times what he did when he was driving.

SINGAPORE - Mr Gazali Ahmad tried his hand at a series of jobs in sectors including education and finance before settling behind the wheel of a taxi for six years at age 45.

Feeling unsatisfied and stuck in his career, he decided in March 2021 to enrol in a programme that promised to train him for a software engineer's role in nine months.

Today, Mr Gazali, 53, is a full-stack developer with a global technology firm and is skilled in several programming languages, making three times what he did while driving.

A full-stack developer is an engineer who can handle all the work involving databases, servers, systems engineering and clients.

Mr Gazali, who is a divorced father of four children aged between 27 and 20, said: "I was always interested in computers but never pursued it formally... But I did not see myself driving until old age, so when this course came up, I told myself, 'why not try'."

The course he enrolled in was run by Generation Singapore, a non-profit organisation that started in Singapore in 2019 and focuses on upskilling. 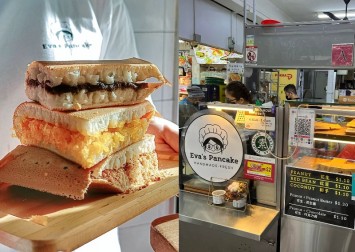 Generation is a global non-profit organisation founded in the United States by consulting firm McKinsey in 2014. The non-profit operates in 17 countries like Brazil, Argentina and India.

In Singapore, it runs training programmes that equip people with skills such as programming or healthcare administration, and puts them on work attachments with companies that have the option of hiring them for full-time roles.

Mr Gazali, who has a diploma in mechanical engineering, joined the bootcamp-style course comprising three months of intensive lessons, followed by a six-month apprenticeship.

He was at first daunted, he said, by all the young people in his course, many of whom were in their 30s.

Read Also
From corporate IT sales to hawking nasi lemak: 40-year-old says she has no regrets 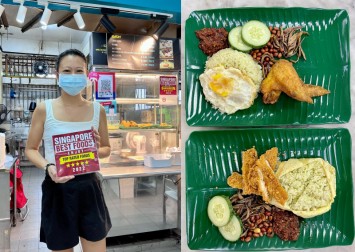 Mr Gazali said: "Looking around the room at my course mates, I thought they could all be my sons and daughters."

He was also concerned that employers would not consider him for a job due to his age, even if he managed to complete the course.

But he persisted and put in extra time on weekends and after class. Soon, the results started to show, and helped him get a job he finds engaging and rewarding.

Economist Walter Theseira said the labour market puzzle for older workers such as Mr Gazali can be seen as a product of a mismatch between the skills they have and those that employers now require.

Some are missing something from their skill sets or have outdated ones, and would hence benefit from training courses, he added.

Dr Theseira, who is an associate professor at the Singapore University of Social Science, said: "Other than updating skills, training courses also send a signal to employers that a person is able to adapt, which is an important one to send as some people may be able but cannot convince employers to look at them as serious candidates."

For Mr Gazali, his new job means he is able to work from anywhere and with colleagues from around the world.

He said: "Even in 10 years, when I'm 63 and all the technology has changed, I still want to keep up and be involved."