SINGAPORE - A Thai national who was registered as a Singaporean when he was a year old, but has never lived in Singapore, was fined $6,000 on Tuesday (Sept 18) for defaulting on his national service obligations here.

Ekawit Tangtrakarn, 24, an application engineer, committed the enlistment offence before he ceased being a Singaporean on his 22nd birthday.

Before handing down the sentence, District Judge John Ng said the Thai embassy had provided an official letter to confirm that Ekawit is a Thai national and has served his military service in Thailand.

"Thailand is and has always been his home," the judge added.

Deputy Public Prosecutor Mansoor Amir had told the court that according to the Ministry of Defence, this was the first time that a defaulter had returned to Singapore to face the charge after he was no longer eligible to serve NS, due to being neither a Singaporean nor a permanent resident.

Defence lawyer S. Radakrishnan, speaking to the media on behalf of the family on Tuesday, said Ekawit's mother Genevieve Lim, a Singaporean, was very thankful to the judge for the fairness shown in sentencing.

The family, which has been in Singapore for about five months, was relieved the ordeal was over and will return to Bangkok as soon as Ekawit gets his passport back. It had been impounded while the case was pending.

Mr Radakrishnan also said that Ekawit's maternal grandmother is living in Singapore, and his past visits here were to see her.

Young males aged between 13 and 16½ years old have to apply for an exit permit if they intend to travel or remain outside Singapore for three months or longer. 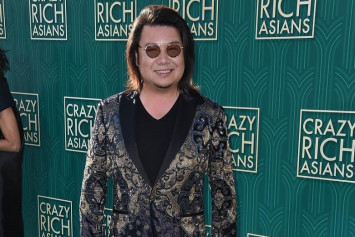 On Aug 28, Ekawit pleaded guilty to an offence under the Enlistment Act after he remained outside Singapore without a valid exit permit for 5½ years.

DPP Mansoor said that he had surrendered voluntarily and that one of the reasons for his return was to avoid any trouble should he need to travel to Singapore.

Madam Lim, whose husband is Thai, gave birth to Ekawit in Thailand in 1993 and he was registered as a Singapore citizen a year later.

She later had discussions with Singapore's Central Manpower Base (CMPB) regarding her son's NS obligations.

On Aug 7, 2006, she e-mailed the CMPB to ask for a deferment from NS for Ekawit until he turned 21. In October that year, the CMPB wrote to Madam Lim in Bangkok to say it was unable to grant her request.

A year later, it sent her a letter stating that if a Singaporean male aged between 13 and 16½ years intends to travel or remain outside Singapore for three months or longer, he has to apply for an exit permit.

If he intends to remain outside Singapore for two years or longer, his parents would need to furnish a bond in the form of a bank guarantee for a minimum sum of $75,000 or 50 per cent of their combined annual gross income for the preceding year, whichever is higher.

Madam Lim replied on Oct 22, 2007, that she did not have enough money for the bond. The CMPB continued communicating with her after this. In November 2014, it sent her an e-mail informing her that her son had committed offences under the Enlistment Act.

Ekawit ceased to be a Singapore citizen on Oct 17, 2015, as he failed to take the Oath of Renunciation, Allegiance and Loyalty within 12 months of turning 21.

Ekawit obtained his degree at Bangkok's Thammasat University in May 2016 before returning to Singapore two months later.