SINGAPORE - In Finance Minister Heng Swee Keat's Budget 2019 statement, he announced that the goods and services tax (GST) import relief will be tightened for travellers returning to Singapore from Tuesday (Feb 19).

In addition, the alcohol duty-free concession will also be reduced from April 1.

Not sure how these changes affect your next trip overseas? Here are eight things to note before making your purchases abroad.

1. WHAT IS GST AND WHY DO I HAVE TO PAY GST ON MY PURCHASES OVERSEAS?

GST is a local consumption tax. All goods that are brought into Singapore are subject to 7 per cent GST, regardless of whether they are imported through commercial shipments or hand-carried by travellers for their own consumption and usage. 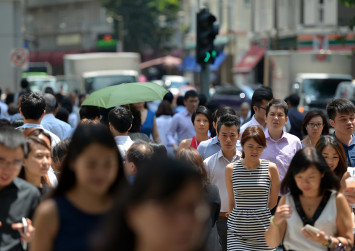 Examples of these goods include souvenirs, permitted food products and new items that are intended for personal use.

GST was first implemented in Singapore on April 1, 1994.

There is no GST relief for liquor, tobacco products, petroleum and goods imported for commercial purposes.

2. WHAT ARE THE CHANGES TO GST RELIEF ON GOODS BOUGHT OVERSEAS?

In Mr Heng's Budget speech on Monday, he announced that travellers who spend fewer than 48 hours outside Singapore will have to pay GST if the items purchased overseas cost more than $100, down from the previous threshold of $150.

For those who spend 48 hours or more abroad, GST will be liable on goods that are worth more than $500. Previously, GST relief was available for goods worth up to $600.

3. HOW DO THE BUDGET 2019 ANNOUNCEMENTS AFFECT YOUR DUTY-FREE LIQUOR PURCHASES? The changes to the allowance for duty-free liquor products kick in on April 1 this year.Photo: The Straits Times

The total allowance for duty-free liquor products will be reduced from three litres to two litres from April 1 this year.

This allowance can be used to buy either spirits, wine or beer.

The maximum duty-free allowance for spirits will remain at one litre.

For example, a traveller returning from South Korea will be able to purchase one litre of soju (Korean spirit) and one litre of stout without incurring GST.

Alternatively, two litres of beer or wine can be purchased duty-free.

Taxes have to be paid on liquor products exceeding travellers' duty-free concessions.

#SGBudget2019: Value of goods bought overseas that can enjoy GST will be tightened. - Travellers who spend less than 48...

4. WHAT ARE THE REQUIREMENTS TO BUY ALCOHOL WITH DUTY-FREE CONCESSIONS?

To buy duty-free liquor products, the traveller must be above 18 years old and must have spent 48 hours or more outside Singapore before arrival. 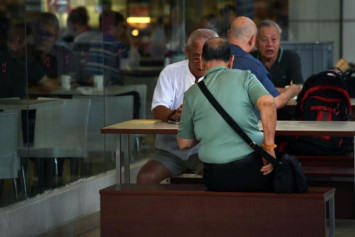 In addition, the liquor products purchased must be for the traveller's own consumption and must be permitted to be brought into Singapore.

5. HOW IS TAX CALCULATED FOR AN ITEM RECEIVED AS A GIFT? GST has to be paid on all items that are imported into Singapore. Photo: The Straits Times

If an item was gifted and no receipt is available, the value of the good will be assessed based on the values of identical or similar goods when computing the GST variable.

6. DO TRAVELLERS STILL HAVE TO PAY GST IF THEY HAVE ALREADY PAID SALES TAX FOR AN ITEM OVERSEAS AND DID NOT CLAIM TAX REBATE?

Regardless of whether foreign sales tax was paid for the item overseas, all items imported into Singapore are liable for GST. This is because the items will be consumed in Singapore. Around $4.8 million in GST was collected from travellers at Singapore's borders last year. Photo: The Straits Times

Last year, around $4.8 million in GST was collected from travellers at Singapore's borders.

8. WHAT ARE THE PENALTIES FOR NOT DECLARING GOODS PURCHASED ABROAD?

Under the Customs Act, any person found guilty of not doing so can be jailed for up to a year, and fined up to $10,000, or equivalent of the amount of tax payable, whichever is higher.

Last September, a 42-year-old Singaporean woman was fined more than $32,892.78 for failing to declare taxable goods brought into Singapore.

In July last year, a 34-year-old man was fined $3,700 for under-declaring the value of his items while passing through Woodlands Checkpoint. The GST evaded on the dresses bought in Malaysia amounted to more than $370.