SINGAPORE - The chief editor of The Online Citizen (TOC) has applied to bring in Prime Minister Lee Hsien Loong's siblings as third parties in the defamation suit that PM Lee filed against him last month.

Mr Terry Xu, who filed his application in the High Court last Thursday (Sept 26), said he wanted Mr Lee Hsien Yang and Dr Lee Wei Ling to bear the damages if he is found to have defamed PM Lee in an Aug 15 article published by TOC.

He explained in a separate document filed last Friday that the article, "PM Lee's wife, Ho Ching weirdly shares article on cutting ties with family members", was meant to be ironic and meant no malice.

PM Lee is suing Mr Xu for defamation over the article, which his lawyers said contained "false and baseless" allegations, including that PM Lee misled his father, the late Mr Lee Kuan Yew, into thinking the family home in Oxley Road had been gazetted by the Government. The article was also shared on TOC's Facebook page.

The lawyers also said PM Lee "has been gravely injured in his character and reputation, and has been brought into public scandal, odium and contempt".

Mr Xu said in his application that the article merely quoted directly from public comments made by Mr Lee and Dr Lee between June 14, 2017, and Aug 15 this year. It also recounted the public feud between them and PM Lee in 2017 over the house at 38 Oxley Road and referenced a Facebook post by Dr Lee in which she set out a purported sequence of events related to the property. 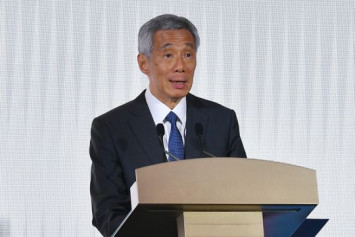 In his defence document, Mr Xu said the article was not motivated by malice. It merely pointed out that it was ironic for Ms Ho Ching to share a post about cutting ties with toxic family members "given the publicised poor relationship" that she and PM Lee have with his siblings.

"Other particulars relating to the truth of the allegation lie within the knowledge of LWL and LHY, and the Defendant reserves the right to cross-exam LWL and LHY to provide more information," said Mr Xu, referring to Dr Lee and Mr Lee by their initials.

PM Lee's press secretary, Ms Chang Li Lin, said on Sept 10 in response to media queries that PM Lee will testify in court if the defamation suit goes to trial.

She also said: "His siblings can decide, together with Mr Xu, whether they too will testify and repeat the allegations in court. The court can then establish the facts."

Mr Xu received a letter of demand from Ms Chang on Sept 1 to remove the article and Facebook post by Sept 4. He responded by saying he was not going to comply.

PM Lee is claiming damages, an injunction to restrain Mr Xu from publishing or disseminating the allegations, and costs. A pre-trial conference is set for Oct 15.