A view of the exterior of the JP Morgan Chase & Co. corporate headquarters in New York City May 20, 2015.

NEW YORK/LONDON/SINGAPORE - Regulatory scrutiny of precious metals trading at JPMorgan Chase & Co., one of the world's largest gold brokerages, has expanded to Singapore and ensnared two more bank employees, according to people familiar with the situation.

The Monetary Authority of Singapore (MAS) is looking into the bank's precious metals trading unit, three sources confirmed. A probe in the United States has resulted in criminal charges against six current and former employees of the bank.

Regulators in the United Kingdom are also interested in the matter, Reuters has reported.

Tonny Ka, the bank's head precious metals trader in Singapore, has been put on leave, two of the people said. The regulatory attention has also forced out Donald Turnbull, who until recently led JPMorgan's global precious metals trading operation out of New York, one person told Reuters.

Efforts to reach Turnbull were unsuccessful. Ka, a longtime JPMorgan employee who recently won a trading award from the Shanghai Gold Exchange, did not respond to requests for comment.

The exact nature of MAS's interest is unclear. It has not publicly accused the bank of wrongdoing. A spokeswoman said that, as a matter of policy, the Singapore authority "does not comment on our dealings with specific financial institutions."

JPMorgan has said in US regulatory filings that its metals trading practices are the subject of probes from "various authorities" and that it is "responding to and cooperating with these investigations."

The ongoing probe by US officials, which includes the Department of Justice (DOJ) and Commodity Futures Trading Commission (CFTC), has already resulted in charges against six people in 2018 and 2019 related to alleged spoofing activity between 2007 and 2016.

Spoofing involves placing bids to buy or offers to sell contracts with the intent to cancel them before execution, allowing traders to influence prices. 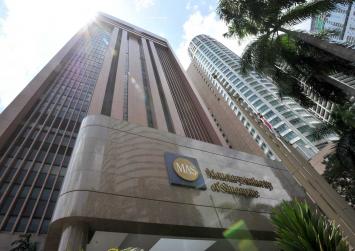 Four of those charged in the United States have pleaded not guilty.

Two others pleaded guilty; one of them, Christiaan Trunz, spent time on JPMorgan's Singapore metals desk, according to the DOJ. He is "cooperating with the ongoing investigation," the department said in August.

Scott Willig, listed online as a commodities trader, has replaced Turnbull as head of global precious metals trading, two people said. Willig did not respond to requests for comment.