Heavy traffic is expected to continue for the remainder of the June school holidays, the ICA said.

SINGAPORE - The Singapore-Malaysia land checkpoints have seen the highest daily average crossings since the land borders reopened on April 1, with traffic expected to be heavy until the June school holidays are over.

About 262,000 travellers have been making the trip each day between Friday and Sunday, said the Immigration and Checkpoints Authority (ICA) in a statement on Wednesday (June 8).

ICA added that those commuting between Singapore and Malaysia should factor in additional time for immigration clearance.

They should also check the traffic situation before making the trip.

The school holidays this year started on May 28. School will resume on June 27.

At the peak of the June school holidays in 2019, drivers at the land checkpoints had to wait close to 2½ hours before they were cleared through immigration.

ICA said departing traffic is expected to be heavy on Fridays between 6pm and 11.59pm, and between 6am and 9am as well as 9pm and 11.59pm on Saturdays.

On Sundays, drivers leaving Singapore should expect heavy traffic between 6am and 8am.

When entering Singapore, heavy traffic can be expected on weekday evenings between 10pm and 11.59pm.

Those returning to Singapore on Saturdays should also avoid the peak hours between 9pm and 11.59pm, and on Sundays between 6pm and 11.59pm.

The number of travellers crossing the land checkpoints has been increasing steadily since April.

The Good Friday weekend at the end of April saw a daily average of 149,000 travellers using the land checkpoints, said ICA.

This subsequently increased to about 224,000 travellers a day during the Vesak Day weekend in mid-May.

Before the pandemic, more than 300,000 people travelled between Malaysia and Singapore via the land borders daily. 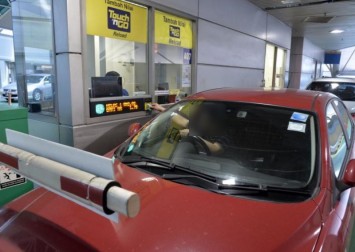 During this period, booths that are undergoing upgrading will not be operational.

They can also take cross-border bus services instead of driving into Malaysia, the authority added.

ICA is also reminding departing Singapore-registered car owners to make sure their fuel tanks are three-quarters full before reaching the checkpoints, or risk being turned away.

Offenders may also be issued with a composition fine of $500 or be prosecuted in court.

Travellers arriving in Singapore who are not fully vaccinated are reminded that they will have to serve a seven-day stay-home notice (SHN).

It will be issued to them via the e-mail address travellers provide in their SG Arrival Card.

ICA said: "Failure to comply with any SHN-related requirement is an offence under the Infectious Diseases Act.

It added that travellers can visit this website for the latest entry requirements into Singapore.