For one, there was "the sheer number of items that we had to deal with", said Mr Balchandani, who was acting pro bono.

They were also up against "a very tenacious set of prosecutors", not to mention "a very prominent family".

Ms Parti, 46, the former domestic helper of then Changi Airport Group and Surbana Jurong chairman Liew Mun Leong, was accused of stealing from his family. She was sentenced to 26 months' jail after she was found guilty by a district court in March last year. 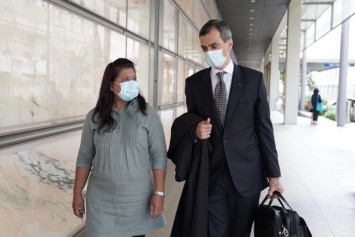 But, after maintaining her innocence for close to four years, she was finally acquitted last week in the High Court in a judgment that also raised questions about the motivation of Mr Liew and his family in lodging a police report against their former maid.

The Attorney-General's Chambers had said it was studying the judgment to assess what further action, if any, ought to be taken in light of Justice Chan Seng Onn's judgment.

Mr Balchandani's comments were made in an interview with the Humanitarian Organisation for Migration Economics (Home). The interview, uploaded on Home's website on Wednesday, was conducted two weeks before Justice Chan gave his verdict last Friday.

Ms Parti walked out a free woman on Tuesday after she was cleared of a fifth and last charge, for fraudulent possession of property. It came four days after she was acquitted of four charges for stealing about $34,000 worth of items, including clothing, bags and watches.

Mr Balchandani from Red Lion Circle law firm had been approached by Home at the end of 2017 after Ms Parti was slapped with four theft charges.

He had previously represented a migrant worker who was accused of a rash act and won an accquittal and had also secured probation for a youth who faced up to 20 years in jail and 15 strokes of the cane for drug trafficking charges.

He agreed to represent Ms Parti and put forward the case that she had not stolen any items: Some she had bought, some had been given to her, some had been discarded and some she had denied packing into the boxes meant to be shipped to Indonesia after she was fired.

In his interview with Home, Mr Balchandani also spoke about the low points of the trial, such as not having a "robust defence".

The most memorable moment was when the items were allowed to be presented before the appellate court to appreciate their condition - for example, the old DVD player and the outdated jewellery.

He said: "Each item had to be explained. The prosecution had its own side to the story, and we had to basically convince a judge that, look, why would someone steal junk?" 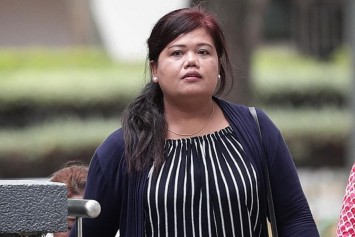 Mr Balchandani had also approached several senior lawyers for help, and he was grateful for their advice.

What struck him was Ms Parti's resolve. Beyond the pressures of the legal process, she also had a family to take care of.

He pointed out that if she had pleaded guilty in 2017, she would have been home by now, or even earlier.

"She could have restarted her life, continued working in another country and just thought about what happened in October 2016 (as just a bad dream)."

"The bulk of the work is really done by a lot of people from Home and the other NGOs that step forward... the back-breaking activity (of) meeting with (those they are helping) every week, every month, giving them that hope that something good can happen."

#Singapore courts #MAIDS #Singapore lawyers #In Case You Missed It