SINGAPORE - Prime Minister Lee Hsien Loong is in the High Court on Tuesday (Oct 6) for the start of a four-day hearing in his defamation suit against blogger and financial adviser Leong Sze Hian.

PM Lee, who is represented by Senior Counsel Davinder Singh from Davinder Singh Chambers, will enter the witness box to give evidence and be cross-examined at the hearing, which is presided over by Justice Aedit Abdullah.

PM Lee sued Mr Leong over a post the blogger shared on his Facebook page on Nov 7, 2018, which contained a link to an article by Malaysian news site The Coverage. 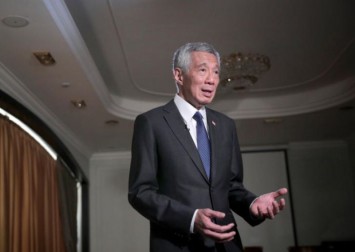 PM Lee's lawyers said the allegations were "false and baseless" and "highly defamatory", and it was clear Mr Leong had published the post "maliciously and to damage our client".

PM Lee is seeking aggravated damages and an injunction to prevent Mr Leong from publishing or disseminating the defamatory allegations, or other allegations of complicity in matters relating to Malaysia's embattled sovereign wealth fund.

In his defence, Mr Leong denied that he was being malicious.

He said in court papers that he took down his Facebook post on Nov 10 that year after being told to do so by the Infocomm Media Development Authority. He also argued that the article, on how Singapore and PM Lee had become targets of the investigation into 1MDB, was "a matter of public interest... whether or not it was correct".

Mr Leong had also filed a counterclaim against PM Lee, claiming that the defamation suit against him was an abuse of the process of the court.

In March last year, the High Court allowed an application by PM Lee to strike out the counterclaim. The court said the abuse of court process is not recognised in Singapore law as a basis for one party to bring legal action against another.

The decision was upheld in September last year by the Court of Appeal, which noted that recognising the abuse of court process as a cause of action would "encourage unnecessary satellite litigation".

Mr Leong's lawyer Lim Tean was arrested last Friday after he failed to turn up for a police interview over suspected criminal breach of trust. He is also being investigated for an alleged offence of unlawful stalking, and is out on bail.