Royal Caribbean Cruises' ship Voyager of the Seas was scheduled to be in Penang on Tuesday before reaching Phuket.

SINGAPORE - Two travellers from Singapore, who were on a ship that left the Republic on Monday (May 13), died of natural causes while on a cruise in nearby waters.

The passengers - aged 61 and 75 years old - were on cruise ship Voyager of the Seas, operated by Royal Caribbean Cruises.

"As per our standard procedure, we have informed the respective families and we are providing them assistance during this difficult time," the spokesman added. 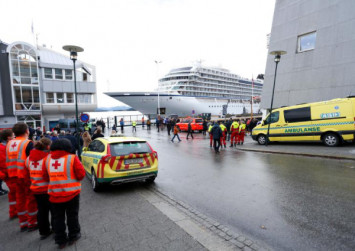 "We extend our most sincere condolences to the families."

A check on cruise tracking website Cruise Mapper showed the ship is currently on a four-day round trip from Singapore to Penang and Phuket.

Voyager of the Seas was scheduled to be in Penang on Tuesday before reaching Phuket on May 15.

It was to have returned to Singapore on May 17.

The Royal Caribbean Cruises website showed the cruise ship has over 1,640 cabins and was built in 1999.

Besides Asia, it sails to locations including Australia, New Zealand and Fiji.