SINGAPORE - Some 37 flights were delayed and one of Changi Airport's two runways saw operations affected for 10 hours after unauthorised drones were spotted flying in the vicinity of the airport on Tuesday (June 18) and Wednesday.

The Civil Aviation Authority of Singapore (CAAS) said in a statement on Wednesday evening: "To ensure the safety of aircraft operations and passengers, the operations of one runway were suspended for short periods of time between 11pm on June 18 and 9am on June 19."

The CAAS noted that Changi Airport continued to operate with one runway while operations on the other runway were suspended.

The agency added that about 37 scheduled departure and arrival flights were delayed as a result, with one arrival flight being diverted to Kuala Lumpur. 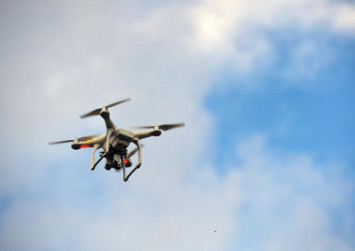 A multi-agency team that includes the CAAS, Changi Airport Group, the Singapore Armed Forces and the police has been activated for search and locate operations.

Investigations are ongoing, said the authority.

"The authorities take a serious view of errant operations of unmanned aircraft which may pose threats to aviation or endanger the personal safety of others, and will not hesitate to take enforcement action against those who contravene regulations," said the CAAS.

Under the Unmanned Aircraft (Public Safety and Security) Act, the flying of drones within 5km of airports or military airbases, or at altitudes above 200ft (61m), without a permit is an offence.

Those found guilty of violating these regulations face a fine of up to $20,000 or up to 12 months in jail, or both penalties.

In January, Senior Minister of State for Transport Lam Pin Min said in Parliament that there had been eight reports of unauthorised drones flying within 5km of Changi Airport over the past three years, though none of these cases involved intrusions into the airport.

On 19 Jun, the Singapore Armed Forces joined a multi-agency team including personnel from the Civil Aviation Authority...

Posted by Ministry of Defence, Singapore (MINDEF) on Wednesday, June 19, 2019