The Foreign Interference (Countermeasures) Bill will provide the Government with a range of tools - including powers to compel Internet and social media service providers to disclose information on users, remove online content and block user accounts.

The Foreign Interference (Countermeasures) Bill, which was introduced in Parliament on Monday (Sept 13), will provide the Government with a range of tools - including powers to compel Internet and social media service providers to disclose information on users, remove online content and block user accounts - to counter these hostile actors.

The proposed law will strengthen Singapore's ability to prevent, detect and disrupt foreign interference in its domestic politics conducted through hostile information campaigns and the use of local proxies, said the Ministry of Home Affairs (MHA).

Individuals and groups directly involved in Singapore's political processes will be designated as politically significant persons (PSPs) who will be subject to measures to mitigate the risk of foreign interference should the law come to pass.

It will require political parties, politicians, election candidates and their election agents to declare any foreign affiliation.

In a statement on the Bill, the ministry noted that foreign interference and hostile information campaigns (HICs) - the use of online tools and tactics in a coordinated manner to mislead or incite users and advance a foreign country's interest - pose a serious threat to Singapore's political sovereignty and national security.

"Hostile foreign actors can seek to mislead Singaporeans on political issues, stir up dissent and disharmony by playing up controversial issues such as race and religion, or seek to undermine confidence and trust in public institutions," it said.

Singapore is especially vulnerable to such influence given its open, highly digitally connected and diverse society, MHA added.

"We are strengthening our detection and response capabilities, as well as Singaporeans' ability to discern legitimate and artificial online discourse," it said.

"To complement these efforts, our laws need to evolve, just as other countries have introduced new laws to tackle foreign interference."

The proposed legislation will, among other things, allow the Government to obtain information on foreign interference operations, prevent harmful online communications and swiftly block or contain the spread of such activity.

The authorities can also designate individuals or organisations that may become targets of foreign influence, compel them to regularly disclose relevant information, and obtain information on foreign interference operations.

Singapore has not been immune to such attempts at interference, noted MHA.

It cited how in the 1980s, a first secretary at the United States Embassy in Singapore, Mr Hank Hendrickson, had cultivated a group of local lawyers to join opposition politics and contest the 1988 general election. These lawyers were offered funding and one of them, Mr Francis Seow, was offered refuge in the US should he run into difficulties with the Singapore Government. He was later given US citizenship. 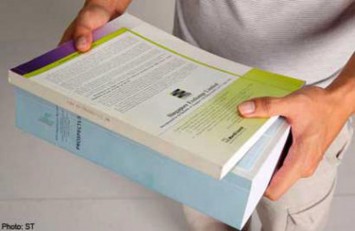 There have been reports of similar attempts overseas, where foreign actors use funding and other leverage to get local proxies to push their agenda. In Australia, a former senator received donations from a foreign billionaire and advocated for a foreign country's position on a sensitive national security issue.

There have also been many instances where social media and communications technologies were used to mount hostile campaigns, including to amplify controversial domestic issues ahead of the US presidential election last year (2020), and to spread scepticism of Western-developed vaccines against Covid-19.

MHA also cited the abnormal spike in online comment by anonymous social media accounts that were critical of Singapore when the Republic faced bilateral issues with another country in late 2018 and 2019.

The ministry added that appeals against directions issued under the proposed law can be made and will be heard by an independent reviewing tribunal.

PSPs who wish to challenge their designation or any countermeasures imposed on them may also appeal against the decisions.

The ministry noted that the Select Committee on Online Falsehoods had in 2018 warned that foreign state-linked disinformation efforts were likely already occurring here, and that Singapore is especially exposed to foreign influence.

It added that even as efforts are made to strengthen capabilities to detect and respond to such attempts and help Singaporeans discern legitimate and artificial online discourse, laws here need to evolve as they have elsewhere to tackle the threat.

"This Bill will strengthen our ability to counter foreign interference and ensure that Singaporeans continue to make our own choices on how we should govern our country and live our lives," said MHA.