SINGAPORE - Italy's UniCredit SpA has sued Hin Leong Trading Pte Ltd over a letter of credit, court documents show, one of several the Singapore oil trader sought from lenders for oil purchases but used to pay debt instead.

The Singapore High Court documents seen by Reuters show the Italian bank has also sued commodity trading giant Glencore over the matter. A source familiar with the case confirmed the lawsuits had been filed.

But UniCredit, which had extended the trader an $85 million credit line that month, said in the court documents it was not aware at the time that Hin Leong had a separate agreement to sell the cargo straight back to Glencore on the same day.

The bank said it learned of this in June 2020, via lawyers, from PwC, which was brought in as judicial manager of Hin Leong after it was unable to repay bank loans of nearly $4 billion.

PwC, which did not respond to a request for comment, said in a report in June there were deals involving at least 18 letters of credit worth about $503 million opened by Hin Leong to purchase a cargo only to sell it, each time, straight back to the seller simultaneously.

The letter of credit from UniCredit was one of these, PwC told the bank via lawyers. 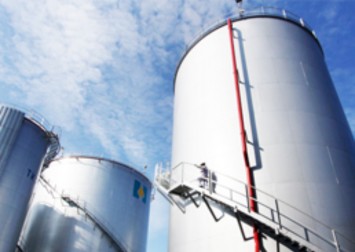 “Under the sale and buy-back transactions, title to the goods would pass between GSPL (Glencore) and HLT (Hin Leong) at the same time on 2 December 2019 at 0001 hours,” UniCredit said in the court documents, referring to the deal it financed.

It said the transactions rendered Hin Leong’s purchase “a sham” and “deprived UCB (UniCredit) of any security over the goods financed”.

PwC said in reference to the letters of credit from lenders that these “transactions were not entered into for any commercial benefit to the Company (Hin Leong) except for the sole purpose of raising liquidity to pay loans that were or were becoming due and payable”.