Talk about a blur sotong moment.

In an attempt to paint Singapore as an exotic Asian city, US media company Tastemade ruffled the feathers of some people online after they claimed that Singaporeans have been eating dried cuttlefish as a chewing gum substitute.

In a Facebook video posted on June 7, Tastemade Travel featured the snack they found in Chinatown.

Describing the snack as a "weird gum alternative that won't freshen your breath", the video goes on to say that dried cuttlefish is a creative way to go around the ban on chewing gum import, which was implemented in 1992.

There is something fishy about this gum alternative...

The host is then seen tasting a savoury version of the snack. The clip explained that the shreds disappear after a few chews but the fishy taste would linger in the mouth.

The video ends with a question, "Would you chew on cephalopods?", which was followed by a thumbs down from the host of the video segment.

Of course, Singaporean Facebook users are bewildered at the claims made in the video. Most are angry that Tastemade had failed to do proper research before posting the video. 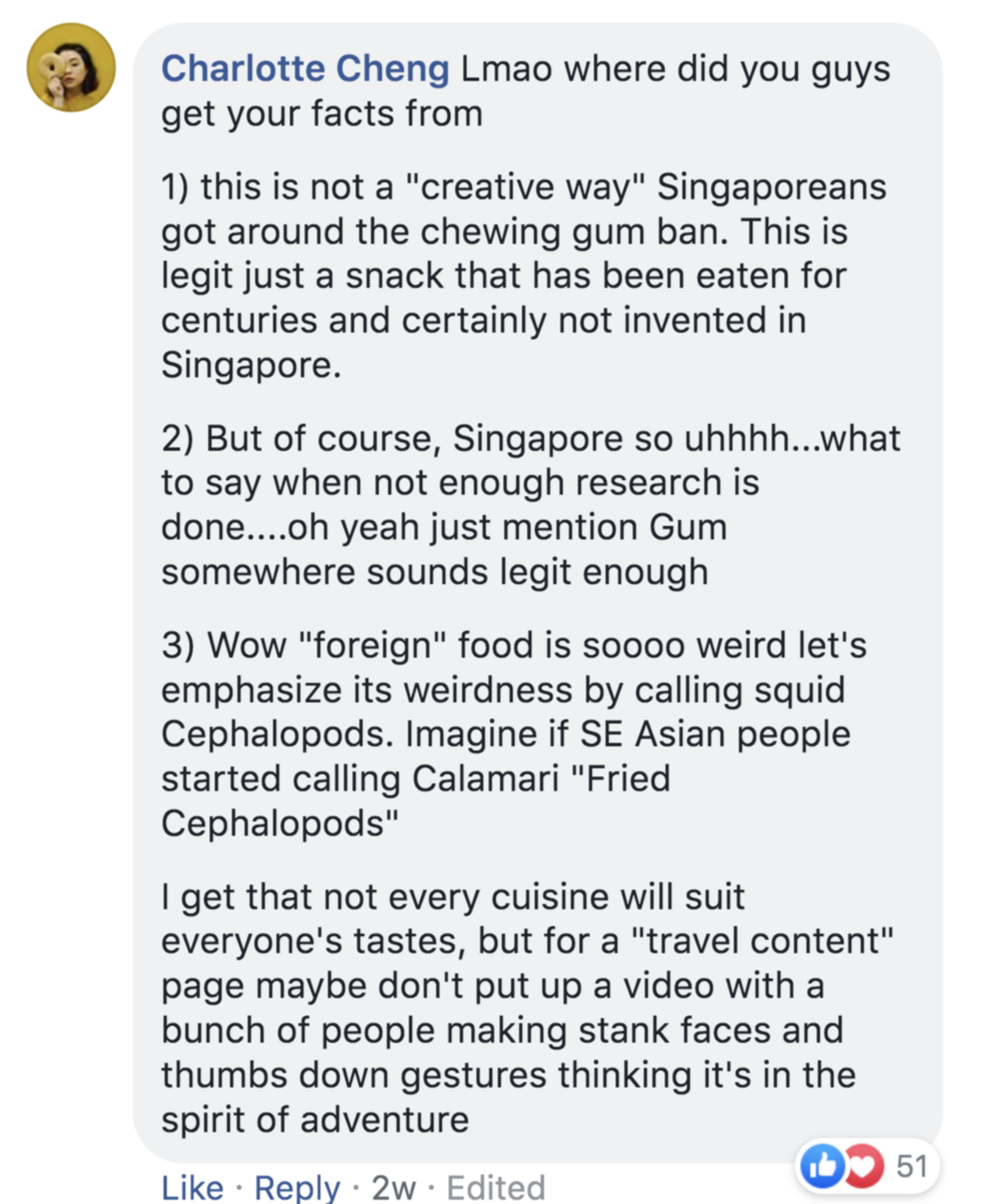 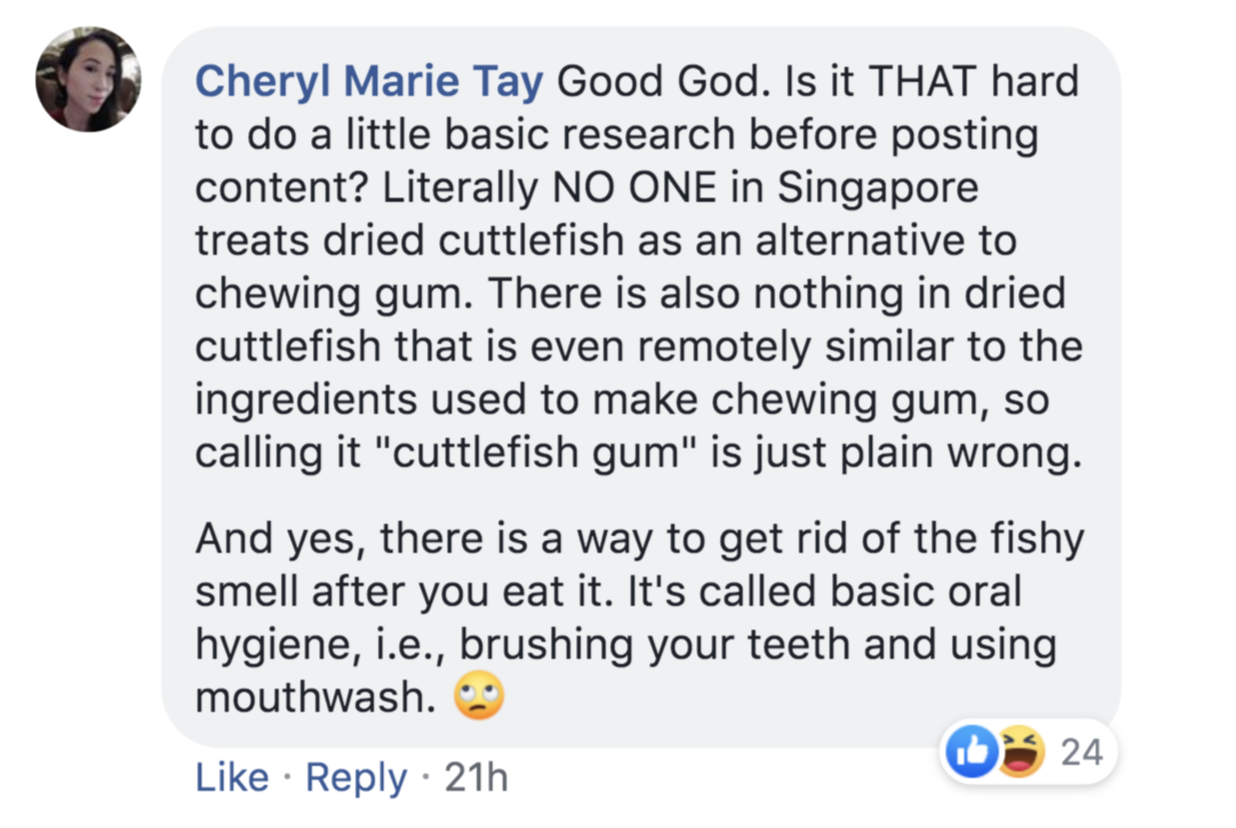 Others added that the sale of chewing gum for medical purposes is actually available in several pharmacies, where they are sold in limited stock.

While some chalked down the misinformation to just plain ignorance.

Replying to angry Facebook comments, Tastemade has clarified they have learnt an important lesson in delivering information.

They claimed that they compared the snack to chewing gum, as a Singaporean cuttlefish manufacturing company called Ken-Ken Food had previously used "Chewing gum of the Orientals" as part of their marketing campaign. 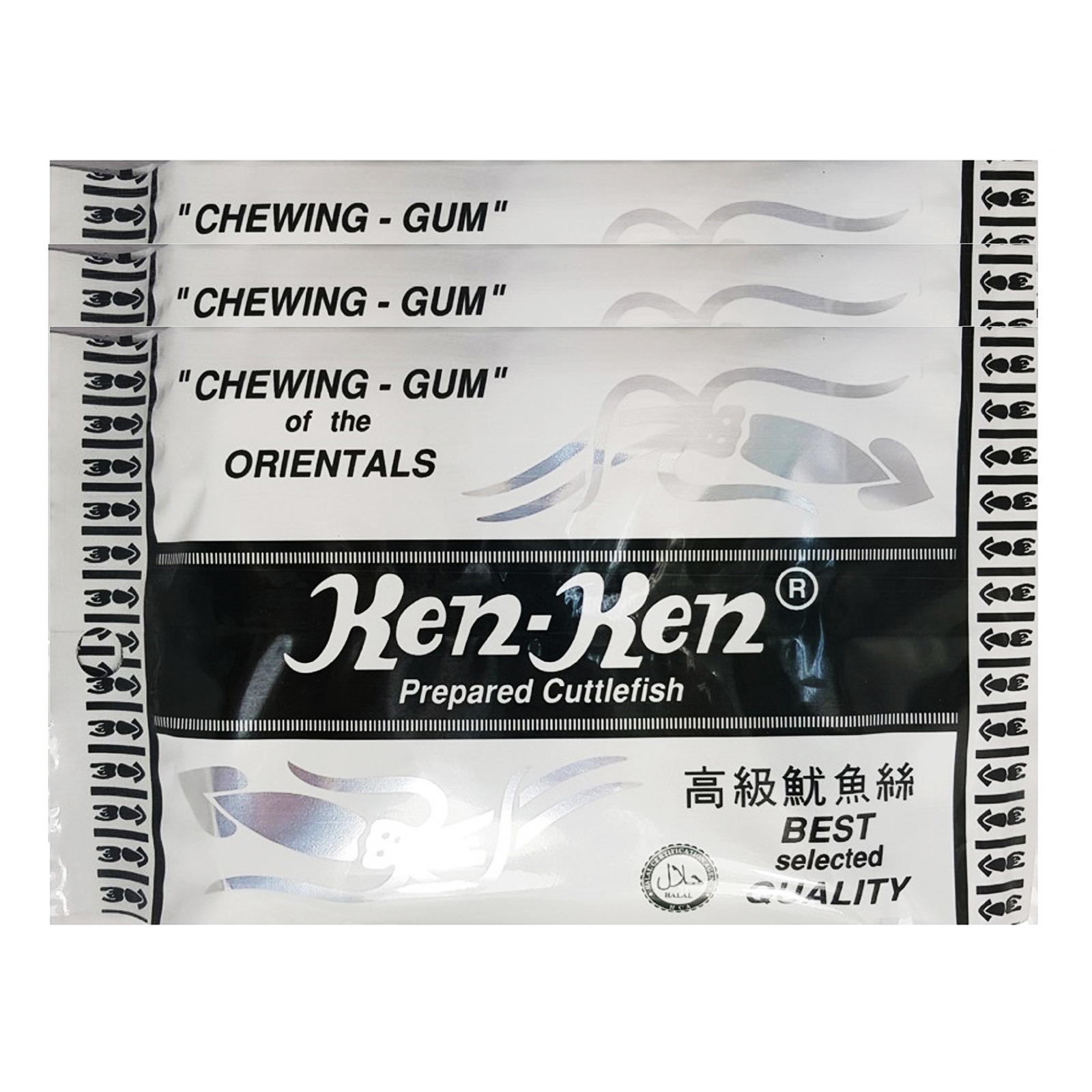 They also used the comparison as the cuttlefish's chewy texture reminded them of chewing gum, which has a minty fresh taste as opposed to the snack's fishy taste.

Tastemade's team added that they have brought back the chewy snacks home and shared them with their friends and family to try.

#Facebook #Social media #viral #In Case You Missed It