Senior Minister of State for Transport Lam Pin Min said that town councils should have the flexibility to decide whether to ban PMDs, noting the differing configuration of void decks at different places.

SINGAPORE - Town councils can ban the use of personal mobility devices (PMDs) at void decks if they feel these devices threaten the safety of residents, said Senior Minister of State for Transport Lam Pin Min in Parliament on Tuesday (May 7).

While the Active Mobility Act governs the use of PMDs and bicycles in areas such as footpaths, it exempts other places such as void decks - including lift lobbies and mailbox areas, he said.

This is because they are deemed as "not critical for connectivity", he noted.

"Thus, town councils can set and enforce their own rules on the usage of personal mobility devices in such areas, including banning their use," said Dr Lam, responding to a question by Mr Murali Pillai (Bukit Batok).

Mr Pillai asked if the Transport Ministry would consider taking the lead in imposing regulations in such areas, suggesting that there would be "no real difference" in the approach of the different town councils.

He noted that just last month, a 65-year-old woman was hit by an e-scooter rider while checking her mailbox at the void deck of Block 186 Bukit Batok West Avenue 6.

Workers' Party chief Pritam Singh (Aljunied GRC) asked if the Active Mobility Act could be extended to cover the use of PMDs at void decks, noting that imposing the force of law would be more effective than having individual town councils come up with their own rules. 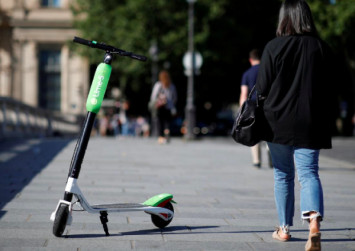 "We have an elderly population, it's going to grow in the next 10 years, and I believe that if the ministry takes the lead, then you will have lesser chance of untoward incidents happening," said Mr Singh.

However, Dr Lam said town councils should have the flexibility to decide whether to ban PMDs, noting the differing configuration of void decks at different places.

Ms Lee Bee Wah (Nee Soon GRC) asked if town councils could be empowered to take enforcement action against errant PMD riders in town centres, which are covered by the Active Mobility Act.

Dr Lam said that while the Active Mobility Act does not currently allow for town council staff to be appointed as public path wardens, the Transport Ministry is in discussions with the Land Transport Authority and the Attorney-General's Chambers to see if this can be amended.

Ms Joan Pereira (Tanjong Pagar GRC) and Ms Lee both asked if Singapore could follow the example of cities such as Paris, which will ban the use of e-scooters on pavements from September this year.

However, Dr Lam said the Republic has to tailor its regulations to the local context, while continuing to study the approach taken by other countries.

Banning PMDs from footpaths and restricting their use to roads would pose a greater risk to riders as well as motorists, he said, noting that in February, the speed limit for PMDs and bicycles on footpaths had been reduced from 15kmh to 10kmh as part of efforts to enhance safety.

Ms Lee asked what advice the LTA could give pedestrians, such as the elderly or children, who might be particularly vulnerable to speeding PMDs. 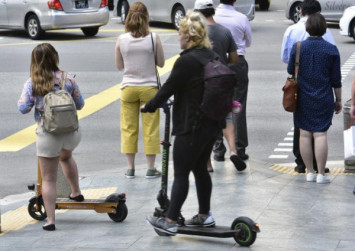 Dr Lam said pedestrians should be alert to the presence of PMD users while riders should stay within the speed limit and slow down when approaching crowds.

"I think we just have to exercise graciousness, caution as well as to act responsibly when we share the use of common spaces such as footpaths and even in shared paths," he said.