Veteran prosecutor G. Kannan, 52, dies while on holiday in Phuket

PHOTO: Courtesy of a friend of DPP G.Kannan

SINGAPORE - Veteran prosecutor G. Kannan died on Tuesday (June 14) at the age of 52. He is believed to have died while on holiday with his family in Phuket.

A spokesman for his family said that they have asked for privacy to mourn.

Deputy Public Prosecutor Kannan, also a senior state counsel, was the senior director of the financial and technology crime division at the Attorney-General's Chambers (AGC).

In 2018, he was awarded the Long Service Medal as part of the National Day Awards.

Some of the notable cases DPP Kannan acted on include the ongoing case against oil legend Lim Oon Kuin of Hin Leong group, the cases involving the leadership of the now-defunct sociopolitical website The Real Singapore, and the collapse at the Fusionopolis worksite that killed two workers.

Lawyers The Straits Times spoke to said that the legal fraternity was shocked by the news and expressed their admiration for DPP Kannan.

Criminal lawyer Shashi Nathan said: "It is not just a loss to the Attorney-General's Chambers but also a loss to the criminal bar as a whole because many defence lawyers knew and worked with DPP Kannan and hold him in the highest regard."

He added: "The way he conducted himself, even outside of the courtroom, is something that many people should model themselves on because he was a gentleman and a fair person."

Criminal lawyer Amolat Singh said: "He was tenacious like a bulldog, once he sank his teeth into a piece of evidence, he never gave until it was shredded to bits. 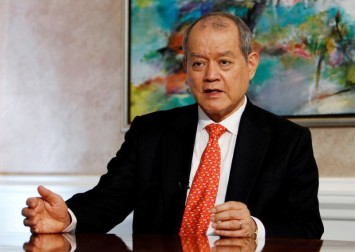 "But he also had a compassionate side, if he knew someone was going through a rough patch, he always had time to pause and inquire after one's health, well-being and how one was coping.

"In moments like these, he displayed a maturity far beyond his years."

Mr Alfred Lim, a founding director of Fullerton Law Chambers, called DPP Kannan his mentor, teacher and friend, having known him for 20 years and worked under him at the AGC.

"He taught me to always prepare, prepare and prepare for hearings. To know my case, speak fearlessly, watch the judge's pen, engage the witnesses and conduct hearings with flair.

"In management, he taught me to respect everyone from top to bottom. To trust your colleagues, never micromanage, and to inspire and lead. In life, he taught me to work hard and play hard, to give my all in everything I do and to enjoy a drink or two from time to time.

"He is in a better place now and will be missed by all. We will miss his wit, charisma, booming voice and banter about football clubs."

DPP Kannan leaves behind his wife and two sons.